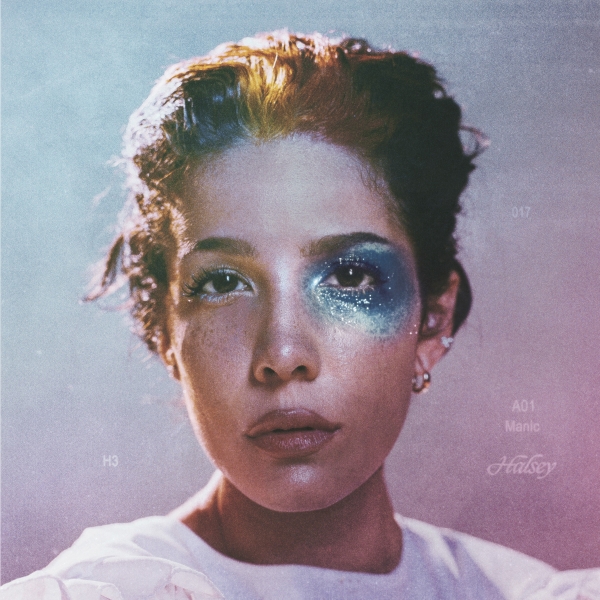 The evolution of a pop star, unlike most other genres, sinks its claws into everything that makes them a person. In this age of information, they’re on show 24/7, 365, contorting themselves into being multi-faceted behemoths. On Halsey’s third outing, Manic, we’re all invited through the looking glass.

Manic is a breadcrumb trail Halsey has laid down. But instead of deftly letting us follow the pieces, she hurls them - a handful of dirt included - straight to our faces. Why be subtle when the world itself refuses to?

Powerhouse singles; the ghostly and empowering heartbreak ode "Without Me", and the tribal lament of "Graveyard", all pitch into the romantic side of Halsey's life, but it's the moments that edge away from heartbreak and instead focus upon just who she is and where she's been that offer the most.

More specifically, the diamond in the beautiful rough closer, "9:29". The most brazen in its admission of the world through Halsey's eyes, it's a listing of her life to date, apt given the title, as per the intro studio talk of her joking, her birthday. The perfect bookend to a story that's refused to sugar-coat any truth, it cleverly twists vitriolic statements that refuse to let the world take any more of her.

Perfectly attuning the musical accompaniment to the sentiment, "3am" is the kind of alt-rock number that sinks into your head with the ease of idea of that last pint, lamenting the lonely point of a difficult night. At the same time, "You Should Be Sad" trots in a country number, sticking close to the frameworks of what the hollering voice of a broken heart the genre has always been.

Strategically placed throughout are interlude appearances from a spectrum of artists; up-and-coming Floridian rapper Dominic Fike, '90s icon Alanis Morrisette and one-fifth of K-Pop behemoths BTS, Suga, singing in his native tongue. Unspeakably few artists could string together all the above facets together. There's deep honesty, generation-spanning genre-hoping, guest appearances, and an unlikely sense of cohesion: that's all just part of who Halsey is.

Even the use of pop culture references (quotes from films Eternal Sunshine Of The Spotless Mind and Jennifer's Body create the cinematic drama, befitting a story rife with truth) and samples, adds to the flowing spine that underpins the album with a wild charm. Manic revels in the explorative genre-pop bombast, letting the delicates twinkle, and the snarls bare their teeth; yet it's the soul that shines dominantly. It's her most complete work to date.