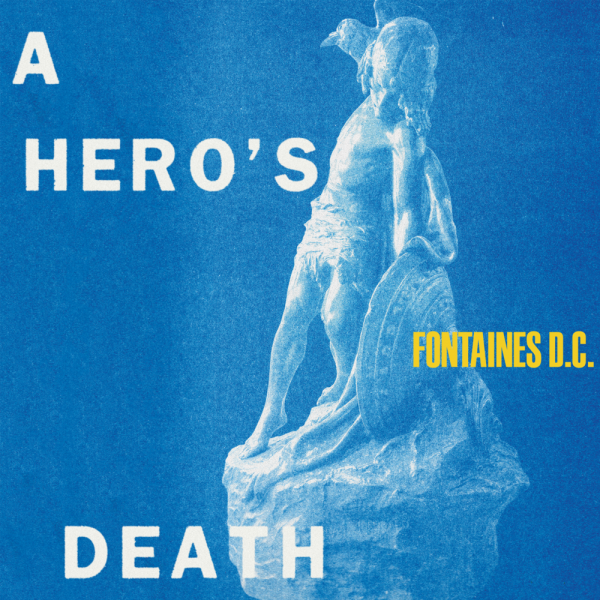 ​​If you want to be considered one of the greatest rock bands of all time, there are a few ways to go about it.

You can start small, growing into your talents; you can create a perfect debut album and spend the rest of your career coasting; or you can start great and become greater. Of course this is the hardest way to do it, but it’s the only way to build a true, faithful following in the streaming age.

With last year’s stunning debut Dogrel, Ireland’s brightest lights Fontaines D.C. (guided by the steady hand of genius producer Dan Carey) ensured that the first option wasn’t available to them: they had already started big. As opening statements go, Dogrel is about as good as it gets.

It found Fontaines combining romantic, sentimental lyricism with taut, muscular rhythms and killer hooks, resulting in a distinctive, quintessentially individual sound that was instantly identifiable and uniquely potent as soon as it entered the world. Musically, the message was clear – this was a band to take seriously, and a sound to be reckoned with.

Now, with A Hero’s Death, Fontaines have risked it all and gone for a starkly different sound, at points sounding like a completely different band. Where before you’d find dry and sharp but bright and gleaming angles, here you’ll find swirling, atmospheric layers and fuzzy, hazy rounded edges. The band – Grian Chatten on vocals, Conor Curley and Carlos O’Connell on guitar, Conor Deegan III on bass and Tom Coll on drums – have taken a joyous, drunken-singalong style and plunged it into a freezing, melancholy gloom, bringing a newfound complexity and darkness to their music.

From the opening strums of ominous opener “I Don’t Belong”, the change is abundantly clear. The rhythms are looser, the guitars more downcast, Chatten’s voice dejected and despondent. The track – like a few others on the record – has a textural, almost tortured misery to it, which won’t come as a surprise to fans who checked out the band’s ‘Rattle Bag’ Spotify playlist of influences: old favourites like Iggy Pop and The Pogues sat alongside new influences in The Black Angels, Crime & the City Solution, Swans and Can, who all favour drawn-out despair to instant thrills.

The influence of Can shows itself in the rubbery rhythm of “Love is the Main Thing”, while Rowland S. Howard-esque guitars frame Chatten's most depressed, most haunted vocal performance to date. Brian Jonestown Massacre and The Black Angels seep from every pore of “Televised Mind” – which plays out like a shoegazer “Immigrant Song” (another track listed as an influence in the ‘Rattle Bag’). The bass is loud and grimy, the guitars booming and clamorous – and Chatten's repeated mantra, “That’s a televised mind”, only exaggerates hypnotic power of the circular, droning rhythm.

Some of the immediacy and adrenalized power of Dogrel is shot through “A Lucid Dream”, but the whole mood is significantly glummer and despairing than anything on that record. "You Said" chimes, rolls and lollops around for its four-and-a-half minutes, “Oh Such a Spring” is a beautiful, wistful ballad with a haunted, David Lynch-ian nostalgia about it – the band have never sounded this refined. And so it’s fitting that they go back to the well a second time on the penultimate track, the cowboy-under-the-stars, Wild West fantasia of “Sunny”.

The much-discussed influence of The Beach Boys appears on the title track, only it’s a ghostly, spectral Beach Boys of disembodied harmonies and dubiously life-affirming sentiments. Life ain’t always empty, Grian, but you don’t sound convinced. The relentless intensity of “Living in America”, with its choppy, Cramps-y guitar stabs and barrelling rhythms, is a highlight, as is the glammy, snotty “I Was Not Born”. The album closes in a rather understated fashion with the chiming, lovely “No”, which has both feet firmly in Oasis territory.

This is a powerful, brave and endlessly rewarding album made by a band who have risked it all to make a giant leap towards fulfilling their potential. Where IDLES (who Fontaines are frequently compared to) opted for ‘more of the same’ on their second album, Fontaines have taken unnecessary risks, and gambled with the goodwill afforded them by their debut.

A Hero’s Death could have been a catastrophic failure, and it could have alienated the very fans that gave Fontaines their platform in the first place – but it isn’t, and it won’t. A Hero’s Death just confirms what we’ve known all along: Fontaines D.C. intend to become one of the greatest rock bands of all time, and they don’t mind doing it the hard way.