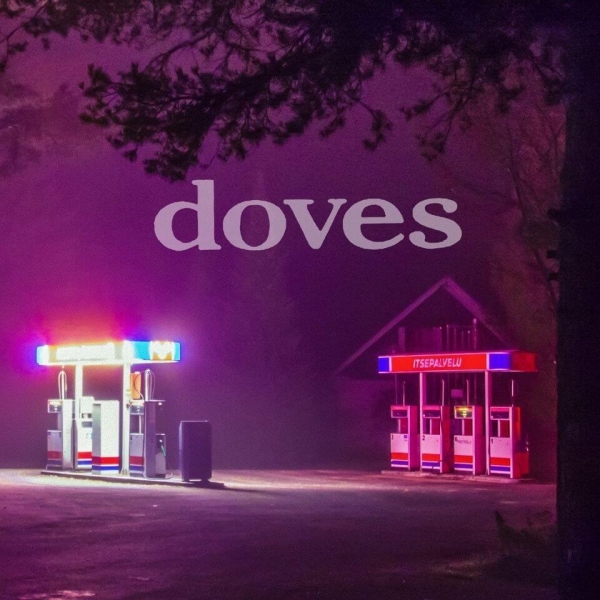 We’re all fully acquainted with the four types of reformation cycle now: the blink and you miss it split so brief it’s just a gap little longer than usual between albums, the groups inadvertently ruining their legacy with substandard material, the bands who have their fire relit by a break of however long (Ride, Slowdive, LCD Soundsytem), and My Bloody Valentine.

Doves went on hiatus at a strange time, just after the release of their excellent fourth album, 2009’s Kingdom of Rust which had the band reaching their prime. In the elapsed time prior to reforming in 2018, lead singer Jimi Goodwin released a solo album, Odludek in 2014, while brothers Jez and Andy Williams hooked up as Black Rivers for a self-titled album a year later. Although both decent efforts, it did highlight that Doves are greater than the sum of its parts. Goodwin’s album needed the studio trickery of the Williams brothers, while Black Rivers’ krautrocky excursion sounded great, but missed Goodwin’s song-writing prowess (this despite Jez Williams regularly stealing the show when he leads on Doves tracks: "Words", "M62", "Jetstream" etc).

Long-time Doves listeners will find its business as usual on album five. Opener "Carousels" is a standard Doves anthem with an uplifting chorus, the familiar Afrobeatish guitar riffs pilfered by Foals during their time away, and shuffling baggy influenced percussion. The urgent, pastoral folk of "I Will Not Hide", and the straight up indie rock with Eno-ish ambient flourishes of "Broken Eyes" find them in well-trod territory, as well as the sound of a band revitalized.

Some of the music here threatens to meander but subtle flourishes, sometimes totally out of context, create a diversion from the mediocre. "For Tomorrow", a track firmly stuck in 2005 yearning indie territory suddenly stops midway through for a Daniel Avery influenced synth passage, while the dub-techniques used on "Cathedrals of The Mind" are joined by random blurts of saxophone and The Beta Band referencing snippets of sampled guitars.

Of the turn of the millennium UK rock acts such as Coldplay, Elbow and Badly Drawn Boy, Doves always did the maudlin fused with hope thing best. On the chiming guitar and string drenched "Cycle of Hurt" they re-confirm their mastery of the mobiles in the air moment, especially when Williams lets rip with a riff almost purpose-built to be hollered along to within a live context, the ecstatic "Prisoners" continues in the same vein, resulting in the highlights of the album.

They have gently alluded to their past incarnation as a pop band (acid rave act Sub-Sub) on past albums. The way "There Goes The Fear" gradually ascends into an explosion of glorious noise, the Kraftwerk-cum "Planet Rock" percussion on "Jetstream", the uplifting key change on "Pounding", but they’ve never tapped into this knowledge of the dancefloor so explicitly as on the title track. This is Doves in massive anthem mode (such as "10.03" from Kingdom Of Rust), Goodwin musing “This is the end of god, the sun above / How long til we see what I really want/ ’til we see what we really need” over a simple piano backing which is eventually joined by an arena sized guitar chord and urgent percussion before crashing into a sweaty coda of fizzing acid house evoking memories of piling out of the Hacienda at 5am, tired eyes trying to adjust to the break of dawn.

Familiarity isn’t a bad thing when it’s done well, if we refer back to the four cycles of reformation, Doves land firmly in the bands who have their fire relit by a break category, The Universal Want is Doves in essential form.