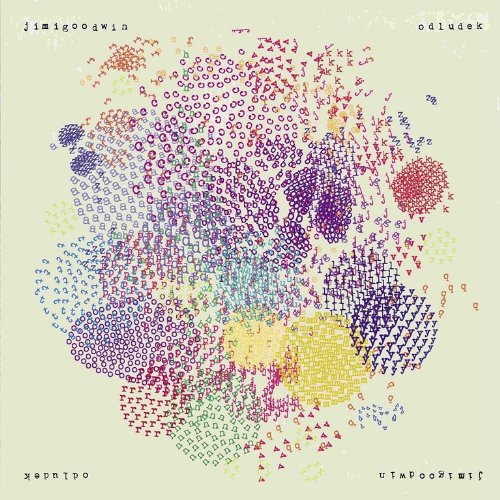 When the lead singer of a successful UK rock band goes it alone, there tend to be three outcomes, the thanks but no thanks (James Dean Bradfield), surprising troubadour action (Tim Burgess) or indulgent glitch (Thom Yorke). So what of Doves lead man Jimi Goodwin?

Odludek does sound a bit like a Doves record (he’s the lead singer, after all). Because of their diverse approach in the studio and Goodwin’s promise of Odludek being like a really varied mixtape, the album has been talked up as a kind of ‘anything goes’ project. Yet this could mean it’s just another Doves album, what with all the dance influences that pepper their output, but with all instruments played by Goodwin. What is most Doves-like however, is the unfashionable five year gap between albums (Kingdom of Rust was released in 2009) – if anything, this hints at who’s to blame for Doves’ slovenly approach to releasing new music.

Odludek, (Polish for “loner”) gives a fascinating glimpse into the disparate influences that make Doves tick. Without the input of the Williams twins, there is nothing laced with the lysergic joy of “Pounding”, nothing as stirring as “Black & White Town”, nor is there anything as woozily dance floor-ready as “Jetstream”. What you’re left with is a warm bear hug, an intimate cosiness being apparent throughout, while any glimpses of joy are laced with a typically Mancunian type of melancholy. Goodwin could read out your winning lottery numbers and still make it sound sad.

The fierce brass and indie thrash of the opener is tailor made to say “this is not Doves”, and it works well. Other variants such as “Live Like A River” commence with an EDM type riff before breaking into one of the rockiest things Goodwin has been involved in. “Man Vs Dingo” begins with thirty seconds of intentionally rough, kitsch incidental music before crashing into wailing guitars and furious parps of brass. This is Goodwin totally out of his comfort zone; discordant noise and an overly jaunty tune back up a directionless vocal that’s almost rapped. The intention is good and was worth a try, but each listen will leave you wanting something else.

That something else emerges when he concentrates on what he’s been so doing well for the last decade and a half. When he simplifies things, Odludek really does contain some great music. “Didsbury Girl”, a track Goodwin has sat on for almost a decade, is one of the most Doves-like numbers on the album, replete with that hypnotic guitar chime synonymous with their earlier work, but with nods toward Northern Soul and a breakbeat thrown in. “Hope” is an epic fusion of Americana, cor anglais and gospel – three elements that should never be put together, yetin Goodwin’s hands, they become elevating pop. “Ghost of The Empties” is equally as stirring; the beatiest thing on the album, its robust but still somewhat laidback trip hop beats and an intoxicating piano line accompanied with sweeping Eno-esque synths result in a thing of hypnotic beauty.

The highlight is the exquisite “Keep My Soul in Song”, a bluesy, affair, nicotine stained and empty of glass. It’s one of Goodwin’s finest efforts, with typically self-deprecating lyrics; “Time came crawling as sudden as a Trojan horse, so I amuse myself, with clumsy metaphors”. It’s a sumptuous torch song which sounds like it was recorded in the dark at 4am with double bass and Goodwin at his most impassioned, a tempting glimpse into what Odludek could have been if he concentrated on this kind of despairing Blue Nile influenced late night avant-pop.

Wanting to escape from the past and an eagerness to find himself seems to be a subject that Goodwin visits throughout: “I know who you are, but who am I?” on “Terracotta Warriors”, “Recover some youth, maybe give up the booze, what have I got to lose?” on the country-tinged “Oh Whiskey”, which not only has an pretty Byrdsian twinge but halfway through almost breaks into “Can’t Take My Eyes Off You” (a good, good thing). It’s understandable that breaking away be high on the agenda when an artist comes to record a solo album, especially when you already have four to your name with your band. But although the urge for transformation is commendable, sometimes a change isn’t quite as good as a rest.