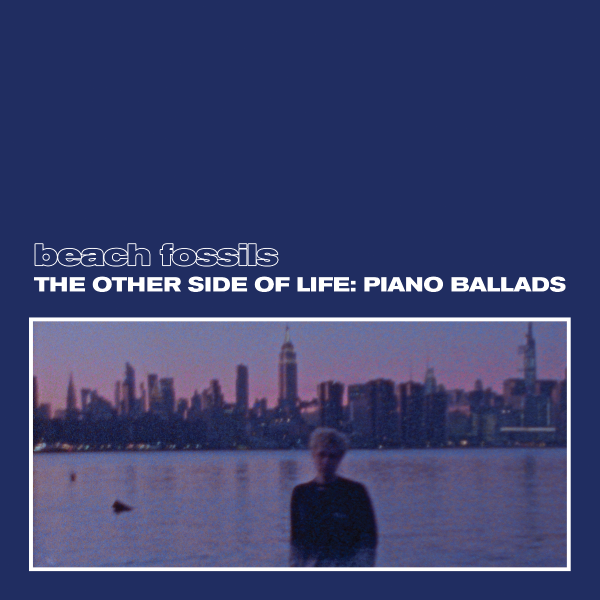 In this face of the Coronavirus pandemic, many an artist have opted to scale down their sound - some by choice, some out of the simple necessity of being unable to work with a full band. For a few, this had led to the creation of beautiful, aching career-highlights (Taylor Swift’s Folklore, for instance) and for others it had led to disappointing drabness (take Lorde’s Solar Power, for example). The latest to follow this trend are Brooklyn post-punks Beach Fossils; who, four years after their last studio album Somersault, have decided to strip back eight old songs into piano ballads.

It’s an admirably risky choice to take for a band whose music has relied so consistently on guitar-driven, indie-rock arrangements. Unfortunately, these piano re-workings only intermittently achieve their desired transcendence and intimacy. Opener, “This Year” stands out as a highlight; the minimalist piano instrumentation makes Dustin Payseur’s lilting vocals the central focus and the saxophone solo that swells and fades throughout the song is sublime.

Nearly all these songs, however, follow a near identical formula; meaning what at first feels genuinely beautiful becomes repetitive and predictable by the album’s end. As a result, all eight songs here inevitably blur into a pleasant, if not particularly captivating, fog.

The band’s newfound hyper-minimalism also puts greater focus than ever on their lyricism; something that only occasionally works in their favour. Beach Fossils have never been bad lyricists, per se, it’s just that lyricism has never been their central strength in the way it is for many other indie artists. In the past, the band’s compelling and quietly complex arrangements have made it easy to overlook any flaws in their writing, but here they leave listeners no choice but to look at these inadequacies face on.

“Down the Line” is emblematic of this. The line “Written on the concrete / ACAB” - which is never further elaborated on in the song’s two-and-a-half minutes - feels like a particularly poor and cynical attempt at political point-scoring; gesturing at anti-police sentiment without ever taking anything even remotely close to stance on it. Lana Del Rey was similarly criticised earlier this year for the lyric “And there we were, screaming ‘Black Lives Matter’ in the crowd”, but at least she was expressing some sort of opinion on the movement. Beach Fossils declaration here, instead, is entirely anaemic and hollow (rather than just mostly so).

Conversely, this album’s strongest lyrical moments occur when Payseur and co look inwards. “This Year” offers a captivating look inside a destructive and self-loathing mind, as Payseur reflects on all the promises he broke to himself (“This year, I told myself it’d be a better one”, “By now, I told myself I’d be a better friend”). Similarly, “Sleep Apnea” does an effective job of conjuring up an image of insomnia-induced late night spiralling; of looking up at ceiling in the dark and pondering your place in the world (“Everybody’s living or they’re dead / And I’m still in my bed and I don’t have a clue”). It’s a shame The Other Side of Life doesn’t have more moments like this that would make this album consistently compelling rather than only sporadically so.