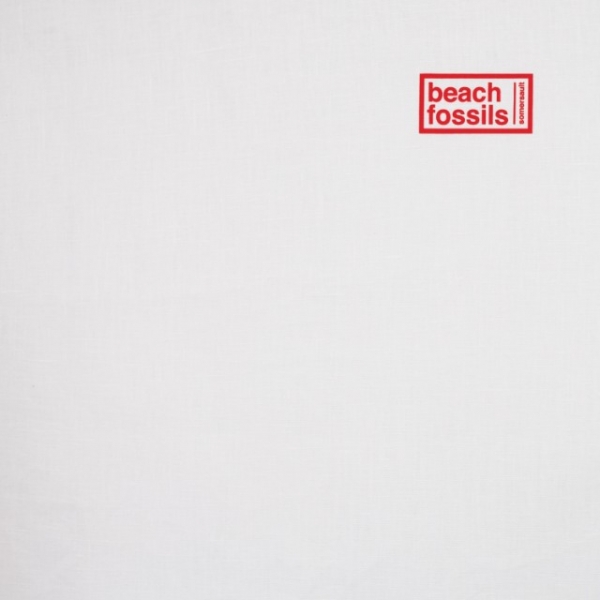 When Dustin Payseur’s Beach Fossils began making waves back in late ‘naughties’, they were lumped into the low-fi/chillwave genre that seemed to be dominating underground music in both the UK and across the pond.

Whether you were in a squat in Manchester, or a craft brewery in Manhattan, guitar bands such as Wild Nothing, Wavves, Best Coast and Mac DeMarco were clogging up the Spotify playlists being blasted through your mate’s bangin’ sound system. On the more electronic end of the spectrum, we had the likes of Washed Out, Blackbird Blackbird and a fresh-faced gent clad in Urban Outfitters’ striped t-shirts and donning a fantastic pair of circular glasses. He went under the moniker of Toro Y Moi.

What made each of these acts so special, and the reason as to why music critics worldwide were collectively housing them under one roof, was the fact that each of them were glorified bedroom musicians. Here we had a new wave of artists that were producing and releasing track after track for next-to-nothing, revamping the way your average skint teenager could craft a record all by him/ herself without the need for a big budget. Gone were the days of plush recording studios and a heap of session musicians to pad out your arrangements. All you needed was your mum’s knackered laptop, a cracked version of Fruity Loops or Ableton, and a few £20 instruments from your local pawn shop. These artists were breathing new life into the music industry and the younger generation were all starting to take note.

As the years passed by, each act went their own way and used their new-found fame to explore the harsh, competitive world of contemporary indie music. Unfortunately, many could not escape the wrath of the new movement they had unintentionally become part of, struggling to develop with ‘the times’ and, due to the rest of the world cottoning on and the immediate rise of DIY musicians (predominantly the uni students that originally listened to their music), several acts seemingly fizzled out or generally got bored and wandered off to explore completely new projects altogether.

A handful, however, capitalised off the back of their initial success, going on to gain a cult following worldwide and, while not selling out arenas, released an assortment of singles, EPs and LPs that are still cherished today; one of these bands being Beach Fossils.

When you listen back to the band’s self-titled debut (2010), there’s still an air of excitement and a raw, nostalgic quality to their music. When you caught them live, line-ups would often change, with guest appearances from fellow musicians within the scene; the likes of DIIV’s Zachary Cole Smith regularly jumping in to assist on drumming or guitar duties. There was a similar aesthetic on their EP, What A Pleasure (2011), with an airiness to each composition and, again, guest appearances from their pals on Captured Tracks; the hip independent label to whom they were signed at the time. Production, however, was much crisper on What a Pleasure and there was a sense of a band wanting to break free and explore their overall dynamic further.

2013’s Clash the Truth exposed the band’s grungier side and, while the song structures were almost identical to the ternary form heard on their debut, there was still a clear progression. As a listener, you could hear a seriousness and professional quality to the songwriting that Payseur was producing; tracks such as "Caustic Cross" and "In Vertigo (feat. Kazu Makino)" were standouts.

This brings us to their latest instalment; Somersault (2017). Clocking in at a comfortable 36 minutes, each track is still in the typical Beach Fossils format. All but one ("Be Nothing") stays beneath the four minute mark and once again follow the basic verse – chorus – verse – chorus structure. Opener ‘"This Year" sets the tone for the album and sees the band mellow out quite dramatically in comparison to Clash the Truth. In-keeping with their current trend, the production seems even more polished with an array of heart-warming acoustic and clean guitars. The key focal point, however, is the introduction of the string section; it sounds amazing!

Finally, Beach Fossils seem to have shaken themselves loose from the shackles of their premature, indie dream-pop days, revealing a band in their prime; Payseur at the peak of his songwriting career. The string section reappears on numerous tracks across Somersault, each time providing ear-cleansing, harmonious arrangements that diatonically compliment the music and guide the listener throughout a euphoric journey.

Somersault wouldn’t be a Beach Fossils record if there weren’t a few collaborations though and, as expected, there's no exception here. "Tangerine", featuring Slowdive’s Rachel Goswell, has a much dryer feel with dominant acoustic guitars and, again, that sexy string section in the chorus beneath Goswell’s distant vocals. "Rise (feat. Cities Aviv)" sees the band branch out and explore R&B, with saxophones and a lazy kick/ snare pattern. This is a first for Beach Fossils, but you wouldn’t think it and, weirdly, the track doesn’t seem alien to the album; it fits in nicely. "Sugar" is a killer track; very reminiscent of earlier material by The Horrors’ post-Primary Colours with its aching synth progression and floating nature. You can almost imagine Faris Badwan replacing Payseur and crooning over the music.

Overall, the most amazing aspect about Somersault is that it still has that bedroom-composed feel. While Payseur has matured dramatically over the last decade, he still manages to consistently produce records that reflect his roots and he highlights just how easy it is to create a catchy, successful LP without the needs or complications that, quite frankly, ruin a lot of high-end pop music today. This is Beach Fossils’ homage to the DIY musician and a perfect example that, with persistence and rigour, anyone can compose outstanding music using whatever resources are available; from any background or culture; wherever they are in the world.