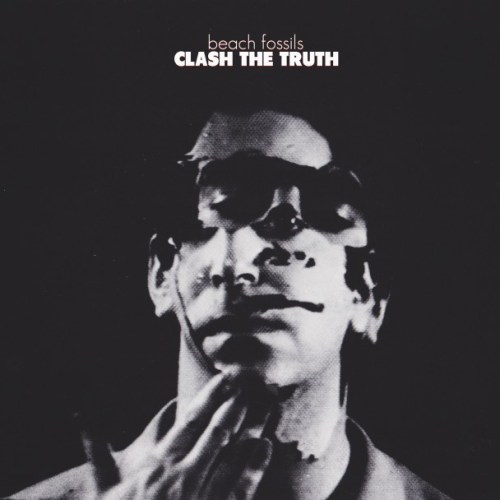 With their guitars, bass, drums, four/four rhythms and heavily reverb-laden vocals, Beach Fossils on paper read like they might as well be named We’re A Band Who Sound Like Bands You’ve Heard In The Past. And they pretty much do. But there’s something about their aesthetic – a punk rock heart pumping blood to an indie pop brain – that’s just bloody lovely, despite their position being that of a group very far away from the edges or extremes of anything.

This sort of stuff sinks or floats based on the quality of the songwriting, and that’s what sets Dustin Payseur’s project apart from the increasingly large, increasingly dull crowd; I doubt the guy has ever burped without it having some sort of melodic value. This was evident even at the band’s most lo-fi beginnings, their 2010 self-titled debut LP and 2011 follow up EP What A Pleasure displaying a comparatively grittier edge when placed next to the decidedly smoother Clash The Truth, but featuring songs so strikingly gorgeous that no amount of scuzz could wholly obscure their charms.

Clash The Truth is different, but then, Beach Fossils are now a very different band – Payseur aside, none of the people who went on tour behind those two previous releases (and justifiably made a name for themselves as one of the best live bands around) feature on this record at all, including Cole Smith, now of the equally revered DIIV. In some ways, things are back to being what they were – this is Payseur’s project, which sees him once again singing every line (apart from those sung by Blonde Redhead’s Kazu Makino, who puts in a wonderfully wistful turn on standout ‘In Vertigo’) and playing every instrument (apart from the ones that are drums). But in other respects, things are very different; now far more than a bedroom-based dalliance, Payseur has enlisted Ben Greenberg of The Men to handle production, his skills lending the project a sheen that was previously only hinted at in the twinkling guitar lines that still glisten over nigh-on every Beach Fossils song.

It sure sounds a lot slicker, something which it took me a little while to get my head around (I kinda liked the scuzz, and I’m sure I’m not alone). But eventually it becomes clear that this method actually allows the songs to shine far brighter than they would otherwise – though punk rock is certainly still a big part of Payseur’s world view, he’s just too tuneful a dude to treat everything with unnecessary sonic aggression all the time.

Picking standout moments is as difficult as finding instances where the record’s charm wears off – there’s not a stage where the latter ever happens, but such is Beach Fossils’ way of doing things there are never really any huge lifts in quality either. It’s just, all of it, pretty good – from the opening title track’s impassioned address about the state of the modern human condition to the dreamlike, gentle acoustics of ‘Sleep Apnea’ towards the record’s start, via the aforementioned highlight ‘In Vertigo’ to the wholly instrumental palette cleanser of ‘Ascension’ and simply wonderful indie pop master class ‘Crashed Out’ at the album’s close, it instantly plateaus at charming, and doesn’t dare deviate. Versatility and surprises are things you just shouldn’t concern yourself with for half an hour or so. Then you’ll be fine.

Beach Fossils don’t strike me as a band to pin hopes on, to dedicate one’s life to, or a group to expect anything too startling out of. But the fact that there really isn’t that much going on here is exactly the reason for its allure. When your melodic core and songwriting prowess are so strong, the rest really is just noise.