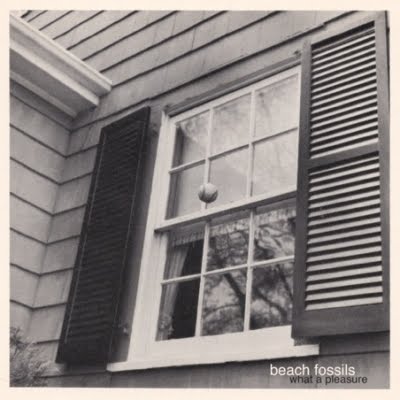 The term nostalgia is derived from the Greek words ‘nostos’, meaning returning home and ‘algos’, pain, or ache. It’s a term that’s been used in abundance lately, the go-to-word many music scribes (like myself) have used when talking about an artist who uses musical traits of the past for a little inspiration. Originally thought of as a medical condition to describe ‘homesickness’ suffered by the Swedish mercenaries of the late 17th Century. It now has a more pleasant and joyous connotation.

Now, the word no longer evokes feelings of heartbreaking abscene of loved ones, it’s now more of a idealized fondness for the bygone memories. Forgetting the bad and only remembering the good, a compartmentalized saunter down memory lane. This type of ‘oh the good old days’ reminiscing has recently encroached it’s self upon a spew of new bands. Chad Valley’s recently released eponymous EP showcased his talents for taking the already infectious balearic pop of the eighties and cutting and adding luscious hazy samples in addition to incorporating a strong R&B edge. And Summer Camp took the definition of misty-eyed devotion to the next level with their Young EP; any of the songs being fit to soundtrack an 80’s John Hughesque prom. Yes, it seems as of late, that our supposedly modern ears have taken a likening to all things fuzzy,scuzzy and vintage.

I’ll unashamedly be the first to admit that I’m pretty much an awe-struck sucker for this type of stuff. But can a band make a lasting legacy out what essentially is taking sounds of the past and playing them to uneducated minds and fresh faces – like moi? Well Beach Fossils seem to think so. The Brooklyn outfit have ditched the 60s garage-rock template that was present in their eponymous debut, in favour for a more cleaner 80s indie direction akin to Wild Nothing’s Gemini. Unfortunately, where Gemini took risks and made a successful attempt to modernise the C-86 sound, here the retro aesthetic is too straight forward – a band whose trying so hard to follow a trend that they’ve forgotten to add their own twist.

The dreamy vocals and harp-like guitars that power ‘Intro’ and the shoegazey romanticism present in ‘Sept 18 2010′ are intoxicating enough but are missing that much-needed touch of originality. It’s the story of a lot of tracks here, melodically pleasing to merit a brief infatuation but too self conscious to leave a lasting impression.