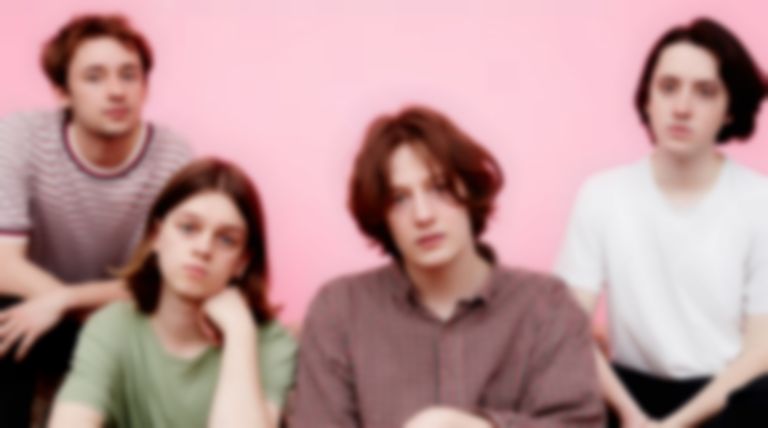 With their self-titled debut EP just released, and the show easily sold out, it was a night of celebration and appreciation at the London Bridge venue. With the room adorned with as many heart-shaped decorations as a person can stomach, everyone was in the mood for love.

Support came from charismatic Londoners Honey Moon - self proclaimed “croon pop” ambassadors, who jangled through their own tunes as well as a highly well-received cover of the Cardigans classic, “Lovefool”.

FUR themselves then continued the heartfelt affair, swinging with a 60's influence reminiscent of a time when music was simple, hair was long, and every lyric lingered on love and heartbreak. The new EP, including latest single “Him and Her”, offers a concise capsule of a sound from the past; the tunes are catchy and the guitars are jangly, and when you're in a small, dark hall dancing away to it you could almost believe you've been taken back in time. On top of that, they throw in a beautifully formed cover of Elvis's “Can't Help Falling in Love” for good measure.

FUR are doing what many other bands have tried in recent years: reviving a sound that is well-known and much-loved and bringing it to a new generation of music fans. It makes for a perfect scene on a day that's all about romance, but we're yet to see how they will stand up against the wider, more exploratory world of modern music.