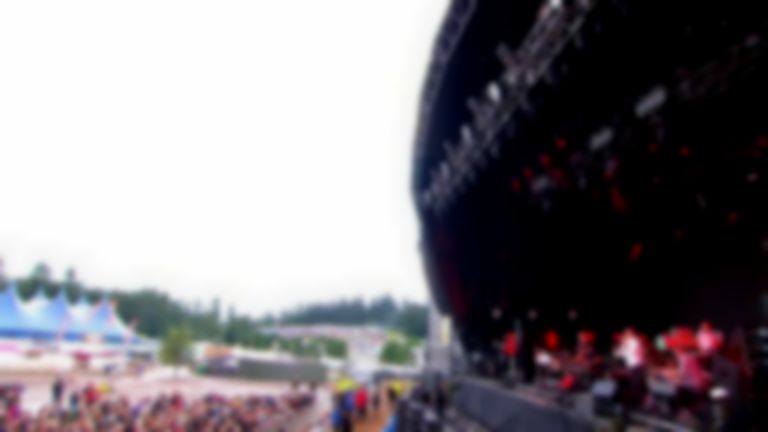 LCD Soundsystem's set at Scottish festival T In The Park wasn't quite the rapturous event many had hoped for.

Performance-wise they were as good as they have been at any of their 2016 shows - James Murphy & Co. knocked it outta the park with a string of art-punk hits and dance favs.

Miserable weather probably had something to do with it, but still, they were headlining the second stage (Red Hot Chili Peppers topped the main stage). LCD Soundsystem's return is arguably one of this year's biggest comebacks, but the NYC outfit weren't pulling in the punters during their set at T In The Park this weekend.

the crowd LCD Soundsystem got at T in the park yesterday is making me sad pic.twitter.com/FHMpWSt8I2

That's just a picture, right? It's hard to really gauge the full 80-min set from that? Maybe? Well... it got a bit better. Watch their full set on the BBC iPlayer (the 14:30 mark is particularly disheartening).

Omg the crowd for lcd at t in the park is TINY WTF ITS LCD SOUNDSYSTEM WHO WOULD REALLY SKIP THEM.

Just watched the highlights of LCD Soundsystem's set at T in the Park. Criminal turnout. A festival for part-time music fans.

Imagine going to T In the Park and seeing RHCP over LCD Soundsystem, I just couldn't live with myself

Absolutely criminal turn out for LCD Soundsystem at T in the Park. They were my Glastonbury highlight. pic.twitter.com/cWLmRGAVMm

T in the park promoters must be happy with the crowd LCD Soundsystem got given the fee pic.twitter.com/xWeJUEKscu

LCD Soundsystem's crowd at T in The Park is one of the saddest things I've seen. Shame on you all.

The crowd for LCD Soundsystem at T In The Park was even smaller than the one at Glastonbury :(