LCD Soundsystem have reformed to headline Coachella, confirming the numerous rumours and reports.

Late last year the rumours of their return were, according to their label DFA, greatly exaggerated. However, Consequence Of Sound bullishly maintained that the reunion was definitely on the cards.

LCD Soundsystem reignited the fiery talks of a reunion when they unveiled "Christmas Will Break Your Heart" - their first new track in five years - on Christmas Day last month.

Coachella runs between 15-17 and 22-24 April 2016, and takes place at Coachella Valley, Indio, California. Tickets will be on sale from 6 January.

View the full line up and day splits below. 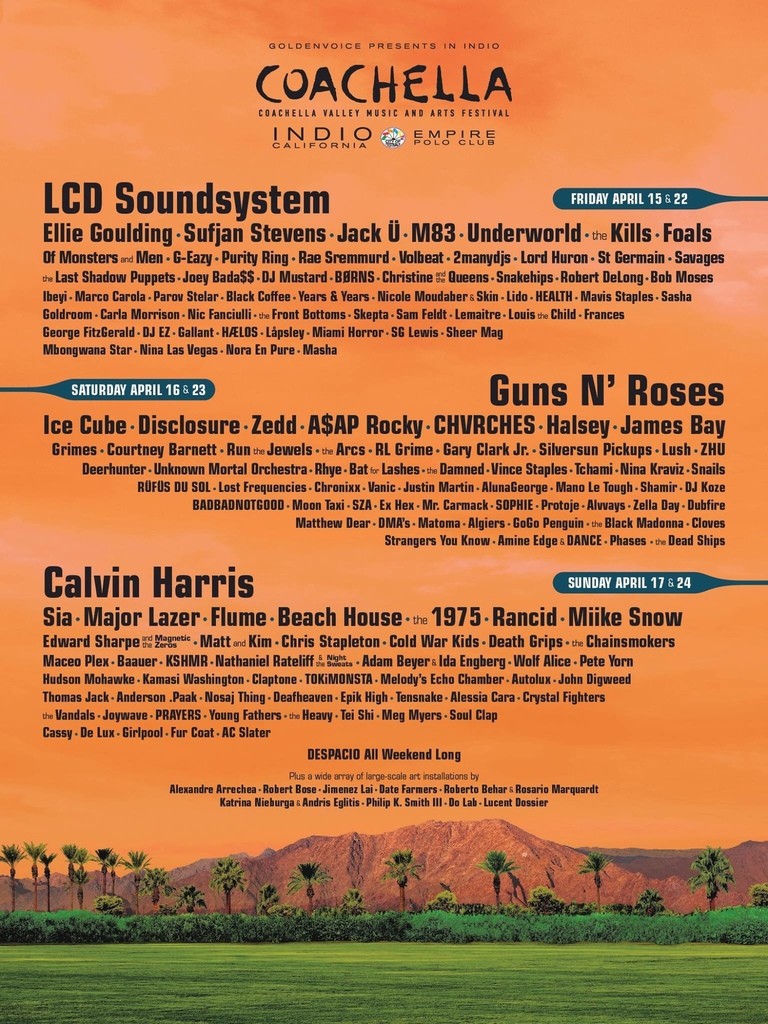