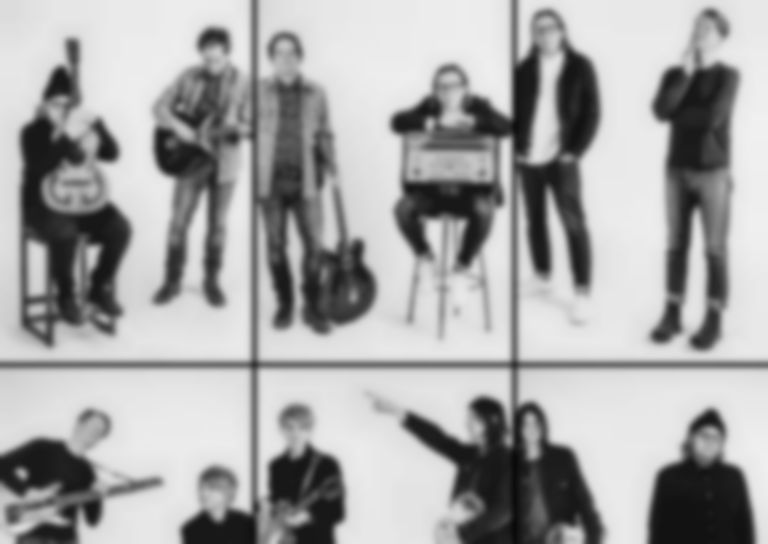 Wilco have shared a second outing from their upcoming album Cruel Country titled "Tired of Taking It Out On You".

"Tired of Taking It Out On You" follows last month's lead outing "Falling Apart (Right Now)", and arrives with a video featuring footage from their Chicago studio/rehearsal space The Loft.

Jeff Tweedy says of the single, "I’ve realised over the years that a lot of the songs I’ve written have worked as reminders to myself to pay attention to various things. Sometimes I think I’ve figured out how the world works in some small way, and I worry I’ll forget it if I don’t sing it back to myself occasionally. This song, I believe, is going to come in handy for just that purpose. I’m a person who needs to stay alert to how I’m treating others when I’m not feeling my best. And now that I mention it, when I look around, it seems like a lot of us have been taking things out on each other when we would be better served striving for understanding and empathy. I’m just trying to be honest with myself, and I guess I’m hoping if this song can help me focus on that, maybe someone else could find it useful in the same way."

Cruel Country will be Wilco's 12th studio album, and will feature 21 songs all written by Jeff Tweedy. It's largely made up of live takes recorded with all six members at The Loft, marking the first time they've approached an album this way since 2007's Sky Blue Sky. It'll follow Wilco's 2019 album Ode to Joy.

Tweedy said of the upcoming double album last month, "There have been elements of country music in everything we’ve ever done. We’ve never been particularly comfortable with accepting that definition, the idea that I was making country music. But now, having been around the block a few times, we’re finding it exhilarating to free ourselves within the form, and embrace the simple limitation of calling the music we’re making country."

"Tired of Taking It Out On You" is out now. Wilco's Cruel Country album will arrive via dBpm Records on 27 May, and is available to pre-order now.