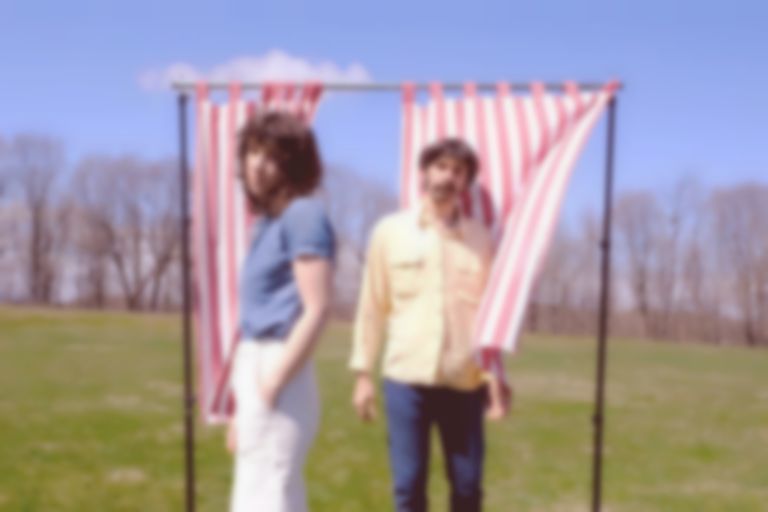 Widowspeak are back with "Even True Love", the fourth single to be lifted from their upcoming LP Plum.

Widowspeak's Molly Hamilton says of the latest single, "Prior to writing "Even True Love", I’d been sitting with some existential dread for the last year or so; honestly, sort of overwhelmed by the recognition that life is absurd and finite. The song itself is upbeat, kind of cruising. I was thinking about those youth-glorifying "yolo" type songs and that big mood, but also feeling like there’s so much more to it than that. Maybe because they only live once, humans tend to want to possess things: objects, success, money, experiences, people. True Love. Amassing the most and best of whatever while you can. But that never really landed with me; I think this one is more about being present with the unknown, letting things go a little more, trying not to hold on too tight."

Plum will follow on from Widowspeak's 2017 LP Expect the Best. The duo recorded the album across multiple weekends in late 2019 with Sam Evian (Cass McCombs, Kazu Makino, Hannah Cohen) at his Flying Cloud studio in the Catskill Mountains.

"Even True Love" is out now. Widowspeak's Plum album is set for release via Captured Tracks on 28 August, and is available to pre-order now.