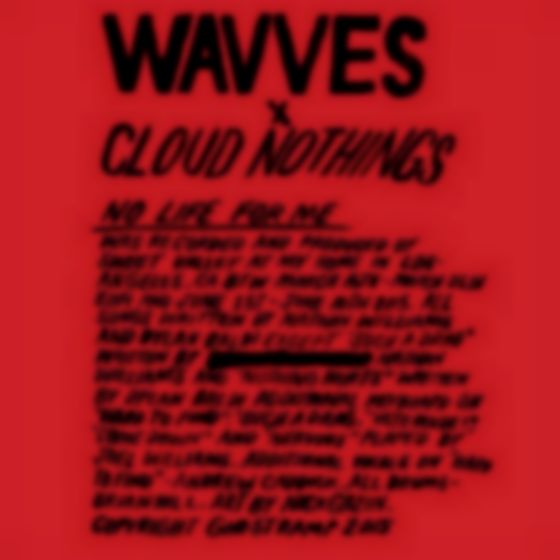 Wavves and Cloud Nothings have released their collaborative record No Life For Me, and you can stream it in full.

The release was announced back in March, but both Wavves and Cloud Nothings kept schtum on a release date - until last week, when Wavves' Nathan Williams confirmed that he'd release two albums this year. It didn't necessarily mean that No Life For Me was round the corner, but it seemed unlikely that we'd get two full-length Wavves records two months apart. Perhaps this is totally unrelated, and there's still more to come?

It's worth noting that the album appears to have had a bit of a rejig since it was first announced, with "I Find", a track featuring Vampire Weekend's Rostam Batmanglij, being canned in the process.

No Life For Me is out now on Ghost Ramp.

Stream the LP in full below.