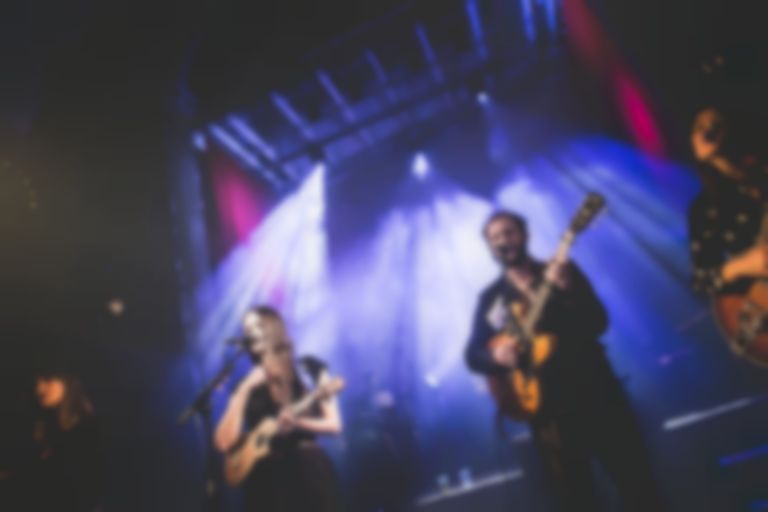 Last week, folk trio The Staves performed at London's Wilton's Music Hall in London, and you can watch an exclusive clip of it below.

In the video, the band perform new album highlight "Make It Holy" alongside Justin Vernon of Bon Iver.

In our 8.5/10 review of the album, we said that "The addition of fuzzed electric guitars, rockier drums and an abundance of strings and horns make this release feel a lot meatier sonically as well as verbally... the rat-a-tat-tat on "Make It Holy" adds another surprising bridge between sections. This song is made all the more vivid by the addition of Justin Vernon himself as he rumbles away in crossed and joined harmonies with the girls. He waits until track 11, probably aware of his already substantial contribution to the production of the album and thus not making too clunky an impression."

If I Was is out now on Atlantic, and was produced by Vernon himself.

You can watch the live performance of "Make It Holy" below.