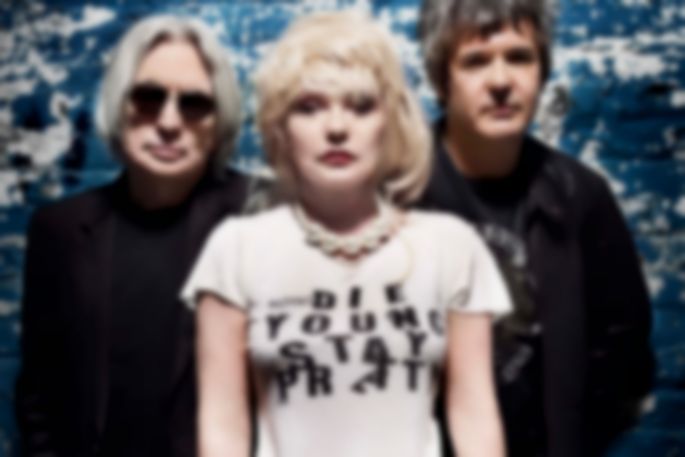 ​Last night, Blondie—who are currently celebrating their 40-year anniversary and supporting a new album and greatest hits collection—stopped by The Daily Show for an interview and performance.

​First, to play on Jon Stewart’s coverage of the recent Jay-Z/Solange media storm, Debbie Harry gave a PSA about celebrity elevator-violence with a haunting warning: “If private elevator violence isn’t stopped, the day might come when celebrities… have to take the stairs. Do you want to live in that world?”

Later, Blondie performed two songs—something old and something new to illustrate the breadth of their career: “One Way or Another” from 1971’s Parallel Lines and “Sugar on the Side” from this year’s Ghosts of Download—giving a brief interview about recording their new album in between.

Blondie 4(0) Ever, their new double-LP including Ghosts of Download and Greatest Hits: Deluxe Redux, is out now via Noble Id. Watch both performances and Harry’s PSA below.

[Note: sadly these videos are currently U.S only]