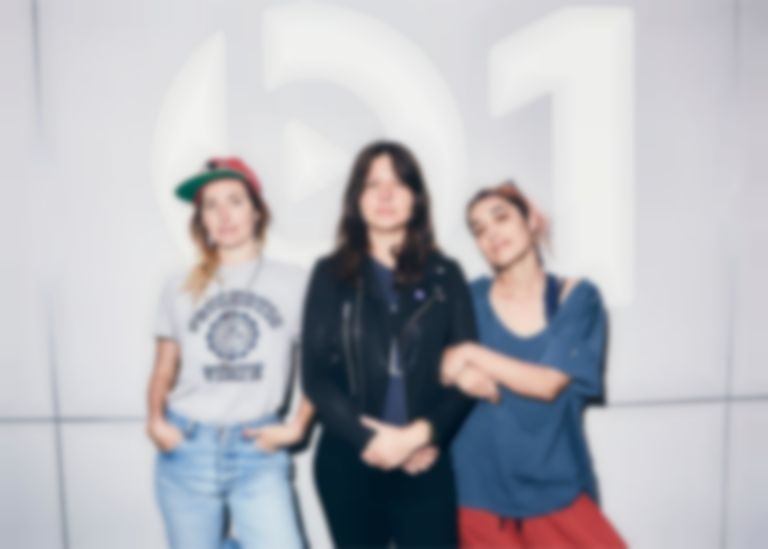 In a new interview ahead of their 15th anniversary as a band, Warpaint have hinted at new material in the works.

In one week's time (14 February), Warpaint will officially celebrate 15 years together. Ahead of their anniversary, Jenny Lee Lindberg spoke to Matt Wilkinson on his Apple Music Beats 1 show, "I think more than sentimental we feel proud. Proud and a bit shocked, like ‘wow, we’ve made it 15 years, that’s a long time’… and then just a little pat on the back to each of us for doing it."

Nearly three years on from their 2016 third album Heads Up, Lindberg hinted at new material, "There’s definitely movement for sure."

Expanding on the direction of the new music, she adds, "We’re not doing it the same way that we have previously done the album. There’s also a lot of solo endeavours that we are all wanting to pursue as well. We’re basically doing it incrementally. We are recording a couple of tracks at a time and we have already at least demo’d a few things since this summer. And we have plans to go out to the desert and write some more. Basically over the next few months we’re going to be writing."

Since Heads Up was released, Warpaint vocalist and guitarist Theresa Wayman embarked on her own solo project as TT. Revisit our All Apologies feature with Wayman.

Back in 2015, Lindberg released her debut solo record right on!.

Warpaint play two shows in LA tonight and tomorrow (8 February) to celebrate 15 years as a band. Find out more.