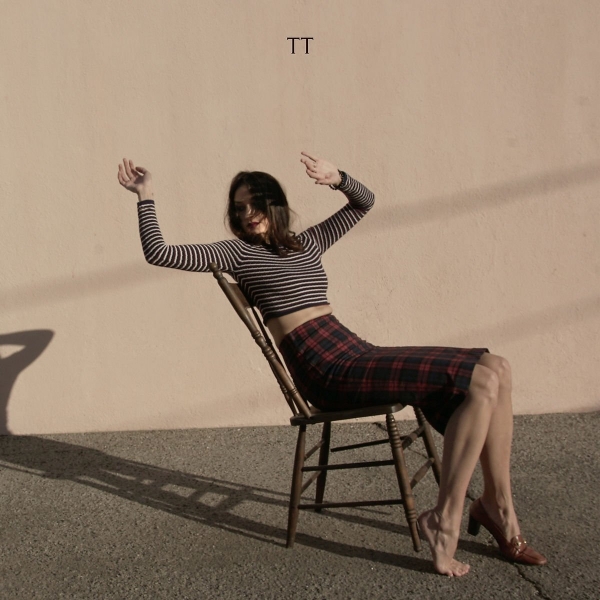 Much like bandmate Jenny Lee Lindberg, who released her solo record as jennylee (righton!) not too long ago, Wayman had the opportunity to add something new to the tar-black Warpaint sound, but largely sticks to their singular palette: gothic, trippy pop with synthy elements and a powerfully feminine slant. There are moments here where she deviates from what you’d expect, but the album is strongest when it sounds like her day-job.

Opener “Mykki” sounds like the self-titled album, with washes of retro synth set up against sequenced drums and breathy vocals. It’s the kind of sensual pop Warpaint do incredibly well. A little later, we get album highlight “The Dream”. It’s a groovy, down-tempo banger with thudding percussion sounds, densely layered atmospherics and Wayman’s distinctive murmur pushed deep into the mix. Something nobody ever seems to mention about Warpaint is their collective mastery of dynamics – so it should be no surprise that this album sounds fantastic.

For example, the vocals are pushed right to the front for “Tutorial”, while the hissing, dubby “Take One” returns to the wobbly, woozy atmosphere of Warpaint’s self-titled – with a deep black aesthetic and hazy vocal layers pushed back and out to the side of the mix.

The sub-bass intro of “Dram” gives way to a crackling, trip-hop melody. It’s one of the finest tracks on the record, and features all of the hallmarks of the Warpaint sound, but with a gleaming, glassy guitar adding to the blissful, comforting vibe.

There’s one major curveball, “Safe”, which toys with the formula – adding heartbroken vocals, melodic bass and fuzzy guitars. It also has some of the most interesting textures of the entire record betraying a distinct influence of Kiss Me-era Cure.

The more you listen, the harder is gets to place this record in a rundown of the overall Warpaint output. The only other solo album, jennylee’s record (righton!), was less stylistically consistent but had more moments of blissful catharsis. The self-titled (which this album resembles the most) is undoubtedly Warpaint’s finest. Long story short, it seems that this band – and anybody in it – is incapable of making a bad record at this stage.

Solo album, side project or both, LoveLaws is a resounding success.