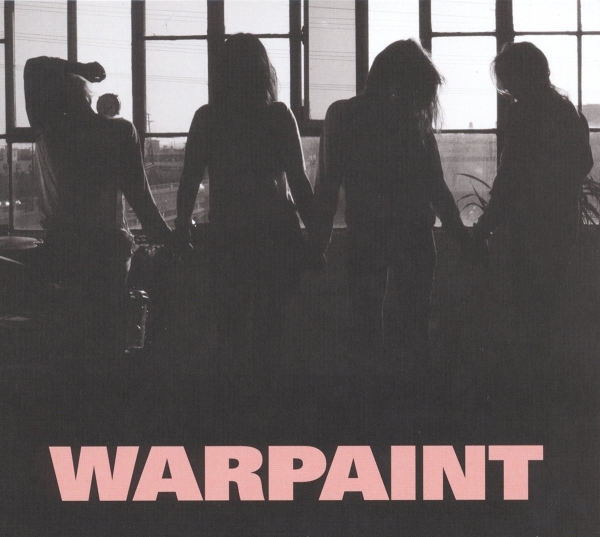 A few tracks in and…“Cool, let’s try it”, says a voice in a marshmallow-fluff drawl, followed quick and sure by a drumbeat. And it sums this record up completely.

Back for their third full-length album Heads Up, Warpaint’s Emily, Theresa, Jenny and Stella have returned to what they love, but needed space from, more determined not through habit. Having all spent their time apart working on solo projects including Jenny Lee Lindberg’s right on!, they are back working together and be grateful for that. They are a bunch that wants to be in it and be in it right: because they want to smash it.

The absolute pleasure of listening to the voices possessed within this band remains as staggering as ever. But it’s the canvas over which they are being pulled which has a new texture. Tracks are carried with a more frantic and frenzied energy, even those which may remind you of Warpaint-past.

Instantly familiar and yet set apart from expectation “New Song” is full of the exact sort of determination obvious from the start. It’s as pop as this band will probably come so it’s sweet, simple and includes sounds that feel bad for you, but there is a hard edge or resignation in there somewhere.

“The Stall” however is more complex a prospect and may well be a microcosm of the wider record – it tries to do a lot and pulls a lot of it off well. Meanwhile the bass line on “So Good” is to die for as lyrics as enticing and self-assured as they are defensive float above: “Can’t you tell me all your secrets / I’ll tell you all mine”.

Those well-crafted highs and lows remain on Heads Up , with an enduring backbone, essential for swagger, coursing throughout the centre. It’s a journey through their journey, and of influences and styles we’ve all known and loved. But it has all the joy of something completely new, pulled together at the seams lovingly and beautifully into a patchwork that, at first, may feel like clash or confusion but in time feels full of strength.

On “Don’t Let Go” waves and waves of heavenly voice layer, very simply, before bleeding into an altogether very different vibe on “Dre”, which retains the layers, echoing against string and sideboard, but with a deep, harsh undertow of beat and bass.

Title track “Heads Up” starts like it’s introducing an on-stage death scene before suddenly kicking intro a frantic run across wide open spaces, while “Above Ground” builds on this taking you to an even more mesmerising level with a chant takes the record to its end point.

And it’s at the end you find a calm again, where there is a beauty in simplicity. It’s splendour worth showcasing but, as this record confirms, not to the exclusion of all the other things within the capabilities of the talented bunch of people that make up this band.