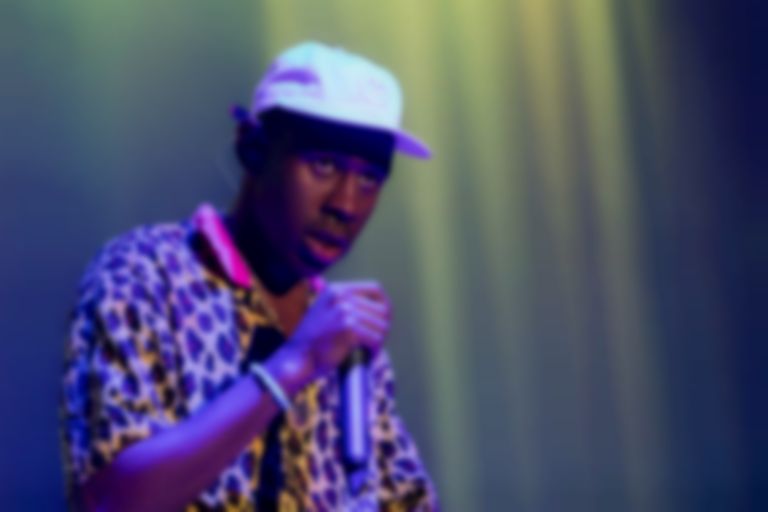 Tyler, The Creator will be releasing a six-track EP tonight. To kick it off he's shared a new Santigold and Ryan Beatty collaboration, "Lights On".

Music Inspired by Illumination & Dr. Seuss’ The Grinch has been listed on New Zealand's iTunes according to Pitchfork.

The new EP will coincide with the release of the new Grinch animation movie, which Tyler, The Creator has already contributed to with "I Am the Grinch,” and his cover of “You’re a Mean One, Mr. Grinch", neither of which will be on the EP.

"Lights On" is the first track to be revealed from the EP, and sees Tyler, The Creator link up with Santigold and Ryan Beatty.

The EP also features a collaboration with woozy multi-instrumentalist Jerry Paper, who's playing a Best Fit show at Paris' Popup! on 7 February 2019.