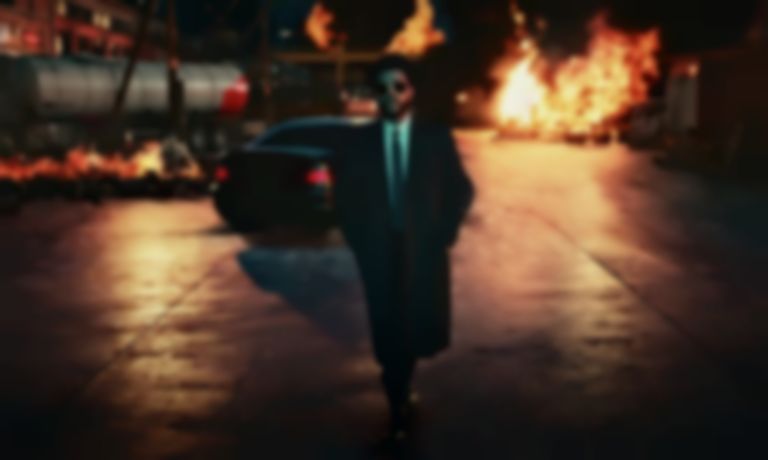 The Weeknd, real name Abel Tesfaye, has revealed he'd "love to work with Arca" on music in the future.

After sharing a teaser of new music on socials earlier today (2 August), The Weeknd has spoken about who he'd like to work on music with in the future in a cover story with GQ, listing Arca, Kanye West and Tyler, The Creator as his picks.

Tesfaye said, "I’d love to work with Arca. Arca’s great. I’d love to work with Kanye again. Especially on production. I got mad love for Tyler, the Creator, and what he’s doing right now. Tyler is funny, man. I remember he came to one of my performances - I think it was like a festival performance. And he was very vocal about how "Starboy" was his favorite song at the time. You can tell he’s waiting for the song. I could see him. As soon as the song happened, he’s like, “All right, cool. Thanks.” And he just peaced out. It was pretty funny. But he’s somebody that I really admire, because he wears his feelings on his sleeve."

Elsewhere in the piece, Tesfaye said his upcoming album, which will follow last year's After Hours, is "the album I’ve always wanted to make".

The Weeknd also discussed being snubbed from the Grammys, "When it happened, I had all these ideas and thoughts," he explained. "I was angry and I was confused and I was sad. But now, looking back at it, I never want to know what really happened."

On whether he'll ever submit music to the Grammys again, Tesfaye said, "No. I mean, I have no interest. Everyone’s like, “No, just do better next time.” I will do better, but not for you. I’m going to do better for me."

Read the full interview with The Weeknd at gq.com. In June it was confirmed that The Weeknd is developing and set to star in a new HBO series titled The Idol.