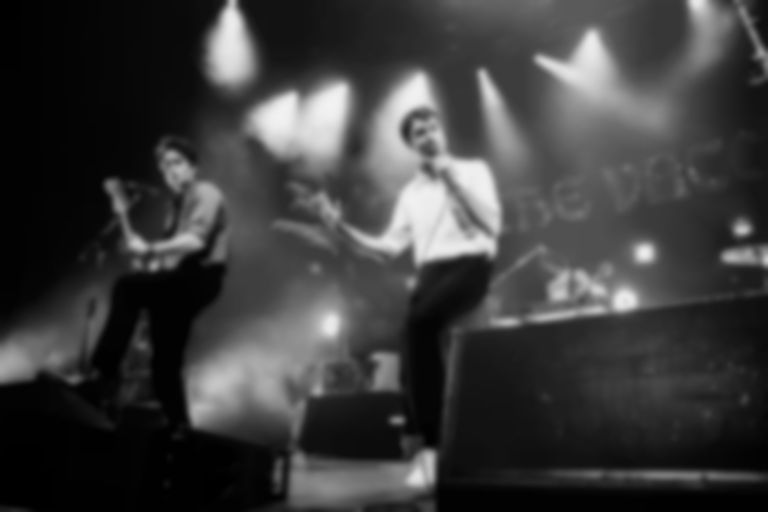 The Vaccines have shared a clip from an interview last month that sees lead vocalist Justin Young describe their upcoming fifth album as "a lot more well rounded sonically, musically and lyrically".

Back in December The Vaccines confirmed that their fifth album had been mixed. It'll follow 2018's Combat Sports.

In the clip, Young said of the album, "I really truly believe it's the best record we've ever made. I think for a long time we've maybe threatened to make a record that's good but we haven't quite managed it. It's heavier in places, but it's poppier in others, it's a lot more kind of, I think well rounded like sonically and musically and lyrically. I don't know I think it's such a great record."

Young added, "We recorded it just outside of El Paso Texas at the end of 2019, and it's weird because we finished it before the pandemic hit but listening to it now it really resonates in a different way, it's weirdly reflective of this year I think. It's the longest record we've ever made - I think it's like 13 or 14 tracks."

talking to @rocknetosf back in jan about the new record pic.twitter.com/SRtcIJwwI7

Earlier this month The Vaccines dropped a cover of Kacey Musgraves' "High Horse" as the second taster of their Cosy Karaoke, Vol. 1 EP, following last month's cover of Queens Of The Stone Age's "No One Knows".

The Vaccines' Cosy Karaoke, Vol. 1 EP is yet to get a release date, but is available to pre-save now.