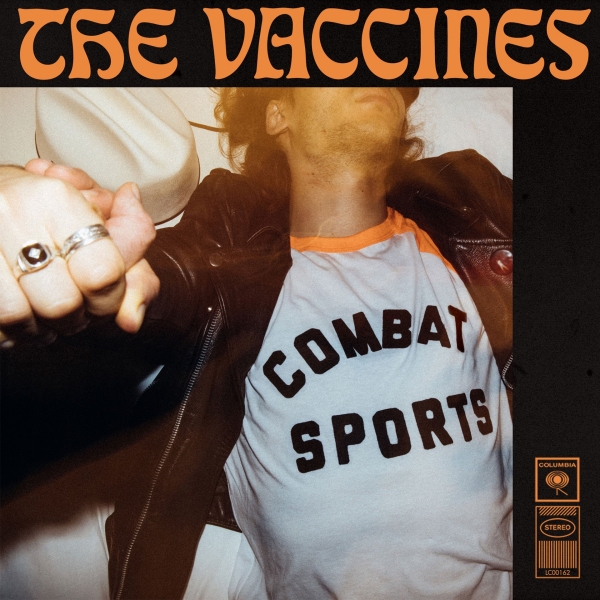 For Combat Sports, their fourth full-length release after a three year hiatus, The Vaccines return to their roots with a brash, attention-grabbing record.

The Vaccines have always been a band built to thrill at festivals, but on occasion their live performances have outshone their recorded material, as was arguably the case with third album English Graffiti. Combat Sports however finds them in a more upbeat and contagious mood than they’ve been in since 2012’s outstanding Come of Age.

Opening cut "Put it on a T-Shirt" is simple, yet explosive. Calculated riffs and slick hooks come thick and fast, giving off the impression that this is the same Vaccines sound fans are familiar with, but this time with yet more anthemic undertones. With the exhilarating rush of "I Can’t Quit", listeners are instantly given a feel-good guitar hook to latch on to. This toe-tapping tune adds a rock edge to their much-loved indie-pop sound and sees them revitalise that youthful energy that got people talking in the first place.

Explosive synthpop gem "Your Love is my Favourite Band" follows, and is one of the finer tracks on the record. Reminiscent of the title track from 2013’s Melody Calling EP, it’s a glorious mix of melancholy and euphoria - an example of what indie rock in 2018 should sound like. "Surfing in the Sky" and the storming "Nightclub" build upon the blistering energy of their debut. Strong, fast and clean, both tracks feature throbbing riffs, extroverted basslines and palpating kicks. There’s an undeniable British charm at their core, which extends further afield to the rest of the album.

More gentle moments come in the form of "Young American", with its swaying, almost lullaby-like rhythm and "Maybe (Luck of the Draw)", a track that sees Justin Young’s confessional lyrics sail with effortless grace on a twinkling slice of essential indie. "Take it Easy" also warrants a mention with its retro-tinged beats and shrill, swirling guitars, as does sub-three-minute number "Out on the Street", an updated version of "Wreckin' Bar" for the modern age, where instrumentation is bound tightly on a short burst of energy.

Combat Sports succeeds where English Graffiti stuttered by expanding the blueprint laid down on earlier and more simplistic Vaccines tracks that grabbed the attention. An accomplished effort on which a back to basics approach has allowed them to hit their stride once more,Combat Sports reaffirms The Vaccines as one of the most exciting British bands around - and one absolutely still worth pestering friends about.