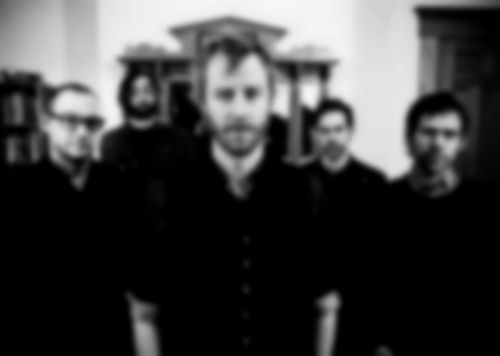 It’s been a busy couple of weeks for The National, gaining Grammy nominations, announcing a London show with Neil Young as well as finishing up a European tour. So Best Fit spoke briefly to the band about their long-in-the-making but constantly growing acclaim, plus what the group have coming up.

“It’s just a really palpable amazing thing,” the band’s Aaron Dessner said of the recent announcement of next year’s Hyde Park show with Young. “It’ll definitely be a highlight of our career.”

The guitarist continued: “It’s probably wishful thinking that he’d want us to play one of his songs with us or one of our songs, even a cover, but fingers crossed something like that will happen. There’s so many Neil Young songs to choose from though, but my brother and I used to play “Cortez the Killer” in High School so maybe that. Neil Young singing Justin Vernon’s part on “Vanderlyle Crybaby Geeks” would be great too.”

Discussing any possible new music coming, Dessner confirmed that they’ve not started work on their next album yet but we may get to hear offcuts from the last one in the near future. “A lot of songs are as good as anything on Trouble Will Find Me“, Aaron tells Best Fit, stating that the tracks simply weren’t quite ready when they began recording that release, whilst also adding how their new album might be influenced by the “rawer” sound conveyed when they play live.

Of their recent Grammy nomination, Aaron adds: “It’s obviously something that we’re honoured over but it’s not a thing that we’re jumping up and down about, although I think we did high-five once. There’s so many great records that could have made the list, there are definitely hundreds of records worthy of being nominated for Best Alternative Album in my opinion. So we’re not really sure what to think of it, but at the end of the day I guess it’s just something you can tell your mom about.”

The National will support Neil Young, alongside Tom Odell, Caitlin Rose, Phosphorescent and Flyte, at London’s Hyde Park on 12 July 2014.