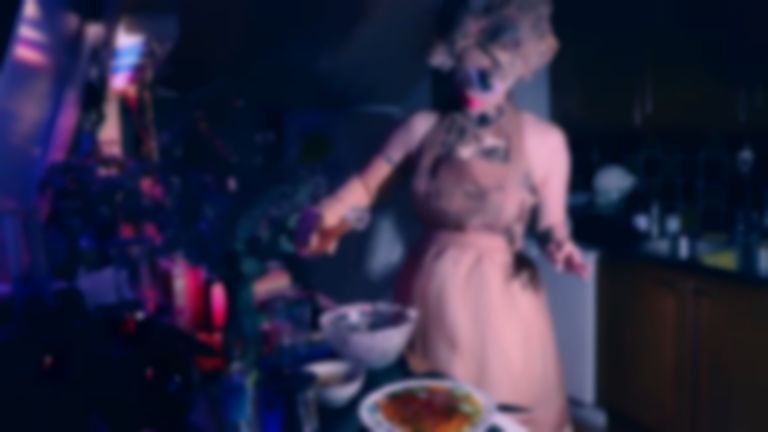 Experimental Swedish duo The Knife have made a surprising return today with a pair of bizarre new clips focused on food and knives.

The first video (above) like some kind of demonic Food Network show, backed by Shaking The Habitual's "Networking". It's unclear exactly what's being concocted, but one of the ingredients is the creepy beak mask that's popped up a lot during the history of The Knife and Karin Dreijer's side gig Fever Ray.

As well as the new visuals, The Knife's social media has had an aesthetic overhaul - usually a good indicator of a band's return or a new album cycle... but with The Knife, who knows what it means?