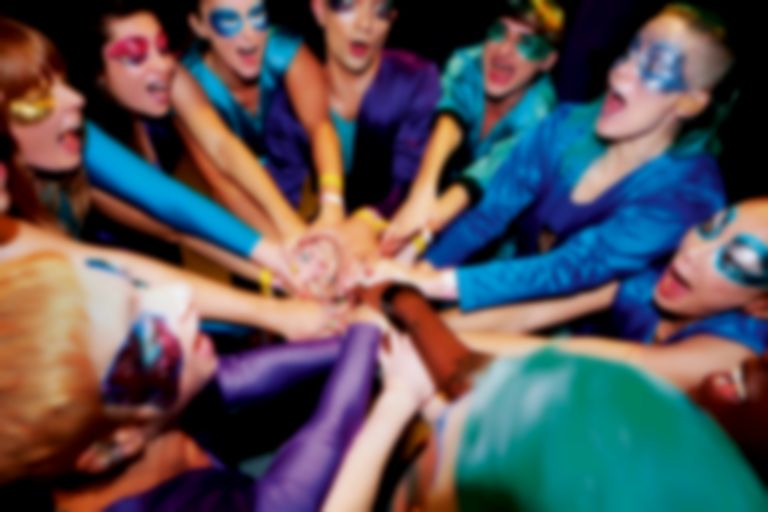 After teasing us with a few truly bizarre videos, The Knife have announced new album Shaking The Habitual: Live At Terminal 5.

In 2014 the band announced a retirement from live performances following the end of their Shaking The Habitual commitments, but one of those final dates - at New York City's Terminal 5 - is being immortalised in a variety of formats.

The album won't be released in the UK, Ireland, USA, Canada, Asia, South America, or Latin America - at least not yet - due to a dispute between The Knife and record label Brille.

"Unfortunately, the new album won’t be available to buy or stream in the [the aforementioned] territories," Rabid say in a statement. "This is due to a long-running dispute between the band and its label partner in those territories, Brille Records. Brille have been claiming and demanding rights for this album for no upfront payment. Rabid deny that Brille have these rights and Brille will not permit the band to release the themselves, as enforced by their lawyers’ letter: 'please be on notice that any attempt by Rabid to release or exploit the Live Album itself independently or via a third party in Brille’s Territory would be in breach of Rabid's obligations and infringe Brille';s exclusive rights under the Heads, which it will not hesitate to enforce."

As well a live album, The Knife have detailed a full concert film of the same show and a photobook by Alexa Vachon from the band's high-concept Shaking The Habitual tour. The full film and photobook will be available to fans even in the contested territories.

"With this book, we invite you to share some of the moments of Shaking The Habitual: The Show, an experience that has been challenging, educational, inspiring, and filled with love for both of us," The Knife say. "We hope you will enjoy it as much as we did!"

The Knife have confirmed a screening of the film at Stockholm's Bio Rio Cinema on 30 August, and an auction of bespoke instruments (by Bella Rune) created for the Shaking The Habitual tour to raise money for No One Is Illegal, a charity working for undocumented migrants in Sweden.

Check out the auction, clips from the film, and more on The Knife's new website.

Shaking The Habitual: Live At Terminal 5 is out 1 September via Rabid.