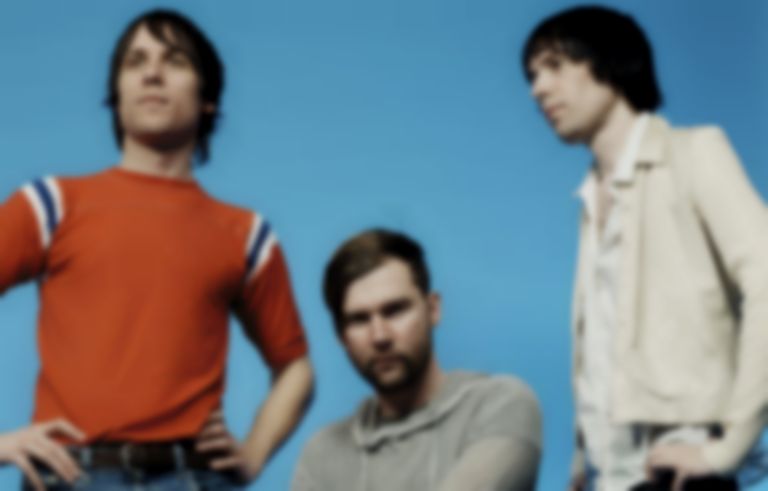 The Cribs have unveiled their second Sonic Blew Singles Club release, which features new tracks "The Day I Got Lost Again" and "Opaline and Evergreen".

After releasing their first Sonic Blew Singles Club 7" last month featuring "Swinging At Shadows" and "Taken To Tualatin", The Cribs have unveiled the tracks from the second 7" single - "The Day I Got Lost Again" and "Opaline and Evergreen".

The Cribs say of the first track, "This song is pretty much us guys returning to our embryonic form, trying to rip-off Hard Days Night era Beatles…which is to say, it’s probably the closest we’ve sounded to our debut album since around 2004. It’s also the first (and almost certainly last) time you will hear a harmonica in a Cribs song. It follows the classic rock n roll formula of verse/chorus/verse/bad solo/chorus/corny ending - all done and dusted in way under three minutes. Just the way we like it - hope you like it too!"

Of the second track, The Cribs add, "Another basement recording, we decided to pair this song with "The Day I Got Lost Again" because they are thematically coming from a similar place, lyrics wise - it’s inspired by all of those places that you encounter in your day to day existence, the ones occupied by the ghosts of the memories you made there (for better or worse) - and how simultaneously haunting and wonderful that can be, no matter how outwardly mundane they may appear. And how we miss being able to get lost."

Sonic Blew Singles Club subscribers will receive four two-track 7" vinyl from September-December. The a-side of each 7" will feature a previously unheard song from their Night Network album sessions, while the b-sides will include a home recording from lockdown.

"The Day I Got Lost Again" and "Opaline and Evergreen" are out now. Subscribe to The Cribs' Sonic Blew Singles Club at thecribs.pias.com.