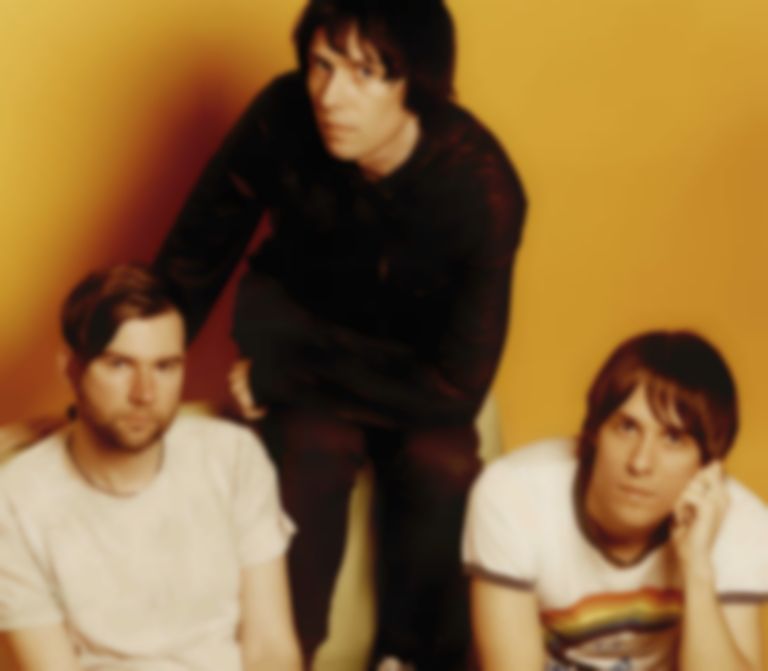 The Cribs have shared their new single "Never Thought I'd Feel Again" as the third single to be lifted from their upcoming LP Night Network.

"Never Thought I'd Feel Again" lands after previous singles "I Don't Know Who I Am" featuring Sonic Youth's Lee Ranaldo, and August's lead outing "Running Into You".

The track is accompanied by another Andy Knowles-directed video, which stars comedian John-Luke Roberts as a radio host.

Discussing their new single, The Cribs say, "We wrote this song with a very simple goal in mind - we wanted something very simple, dancey, and positive/uplifting. We were talking about how a song like "The Locomotion" is probably about as perfect a pop song as you can get - it's so immediate and catchy, without any hang-ups or self consciousness. That's what we were trying to do here - just be totally unabashed and heart on sleeve, no punk guilt, no baggage - just pure energy. Wakefield Motown, you might say..."

Night Network will follow on from The Cribs' 2017 LP 24-7 Rock Star Shit, and is self-produced by the Jarman brothers.

The LP was recorded at Foo Fighters' Studio 606 in LA last year after Dave Grohl offered the studio to The Cribs during a chat backstage at Foo Fighters' Manchester's Etihad Stadium show in 2018. Ryan Jarman recalls, "Dave was just like, ‘Forget about all that business stuff, just come out to LA and make a record at our studio’ – Dave made that offer to us."

"Never Thought I'd Feel Again" is out now. The Cribs' Night Network album will be released via Sonic Blew/[PIAS] on 13 November, and is available to pre-order now. The Cribs will play London's Roundhouse on 11 June 2021. Find out more.