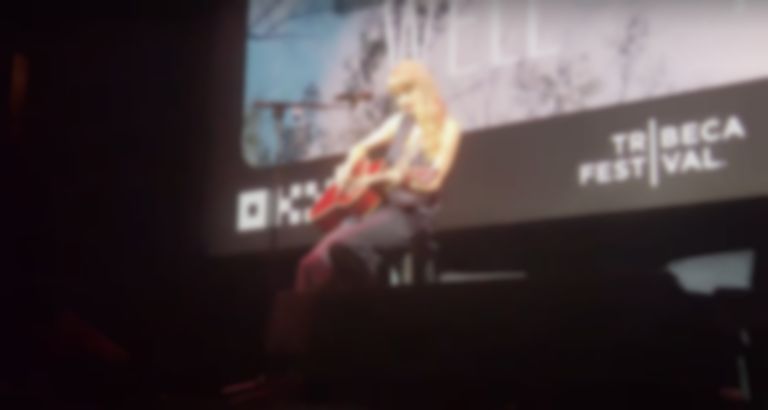 During her appearance at Tribeca Film Festival over the weekend, Taylor Swift discussed directing, and said that she would like to "write and direct a feature" film in the future.

On Saturday (11 June) Swift hosted a screening and discussion at Tribeca Film Festival for All Too Well: The Short Film, and while discussing getting into directing, Swift revealed that she'd be interested in writing and directing a feature film.

Swift said of directing some of her music videos, "It felt very natural to extend writing a song and visualising it in my head to making a shot list and storyboarding it and picking who we wanted as the head of each department and who would help put all of this puzzle together."

According to The Hollywood Reporter, Swift said she started directing "almost out of necessity" on 2020's "The Man". Swift continued, "My first instinct was to write the treatment, send it out. I wanted a female director to direct it and all of my favorite female directors were booked and busy, which is great. We love that. That’s fantastic. So I just figured maybe I could do it?"

Swift said she had a bit of "imposter syndrome" while directing, but "found it incredibly fulfilling."

Discussing potential future projects, Swift said, "It would be so fantastic to write and direct a feature. I don’t see it being bigger in terms of scale. I loved making a film that was so intimate with a group that was really small and a really solid group of people that I trusted."

She added, "I’m also extremely aware of my privilege when it comes to being a female filmmaker, because I was able to finance this film myself. I have to constantly be aware that, as much as it’s a constant challenge for me to be doing something new, I also understand that it’s still extremely hard for women to make films, and I am always keeping an eye on that reality."

Swift also treated the audience to a performance of the 10-minute version of "All Too Well".

Taylor Swift has contributed a new song called "Carolina" to the upcoming Where The Crawdads Sing film soundtrack, but it's yet to get a release date.