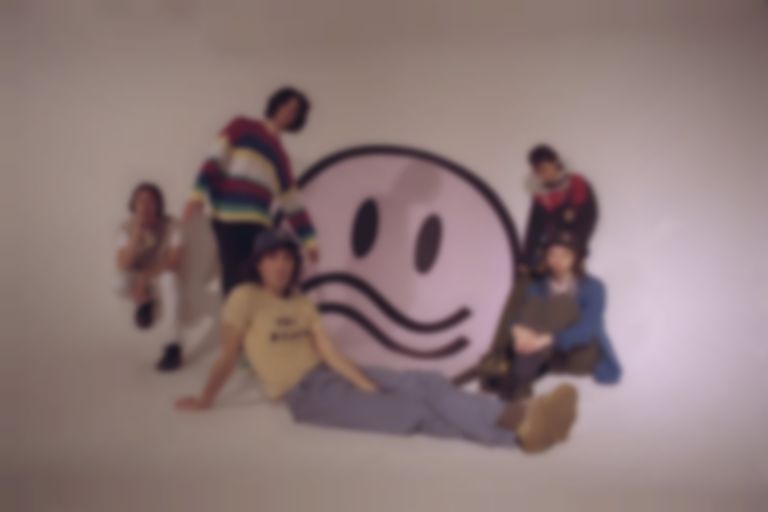 Swim Deep have joined forces with Hatchie on "World's Unluckiest Guy", the second outing from their forthcoming collaborative EP Familiarise Yourself With Your Closest Exit.

"World's Unluckiest Guy" is the group's first outing of 2022, and will appear on their collaborative EP Familiarise Yourself With Your Closest Exit with last year's "On The Floor" single featuring Phoebe Green.

Frontman Austin Williams says of the new release, "After being a fan and then friend, I reached out to Harriette asking if she would do us the honour of featuring on our then unfinished song. What came back was something far grander and more magical than I could ever imagine..."

The band's collaborative EP will follow their 2019 album Emerald Classics.

"World's Unluckiest Guy" featuring Hatchie is out now. Swim Deep are yet to share a release date for their Familiarise Yourself With Your Closest Exit EP.