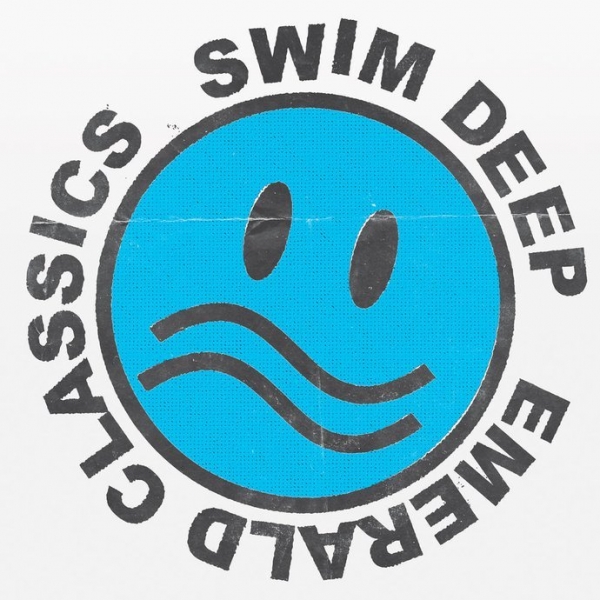 Anyone that remembers the glory years of the “B-town” scene might think they know Swim Deep, but several years and a reshuffling of band members on, Emerald Classics is sonically a world away from their 2013 debut. It is still, however, set firmly in its hometown of Birmingham.

This latest evolution of Swim Deep sees original members Austin and Cav, along with second-season regular James Balmont, joined by ex-Childhood drummer Thomas Fiquet, and Robbie Wood on guitar. The gang is bigger, the sound is grander, but the heart of the album - growing up in working-class Brum - is still as humble.

With the title itself honouring their local Irish boozer, "The Emerald", each track captures an ambitious balance between the mundane and the uplifting, in what they self-proclaim to be "an album for dreamers and pub jukeboxes". Lead single “To Feel Good” surmises this ethos, opening the album with the lyrics "I've woke up this morning and the birds are singing their song / And somehow even they sound skint and bored", whilst also featuring the Margate Social Singing Choir who bring an ethereal energy to the track that contrasts Austin's otherwise isolated spoken-word vocal. This sentiment of a higher, spiritual positivity is revisited all over the album, while the band still return to their roots in the form of a bittersweet love letter to life in Birmingham.

This doesn't get much clearer than in the synth-pop grooves of “0121 Desire”, as the lyrics "You wouldn't want to leave here / You wouldn't want to stay" seem so familiar a feeling about any hometown where you grew up but grew out of. Meanwhile a feeling of nostalgia also runs heavy in 90s dance-anthem styled “Happy As Larrie”, and rings romantically through “Top Of The Pops”. It's clear that Austin and Cav saw something to fight for in the idea of Swim Deep. From their dream-pop origins, through their psychedelic sophomore, they have arrived at a spiritual revolution with Emerald Classics.

It's a development to be proud of, to feel good about, and after facing the potentially band-shattering event of being dropped by a major label it's impressive to see them persevere (releasing this album independently on their own label, Pop Committee), and do it with such positivity and gratitude.