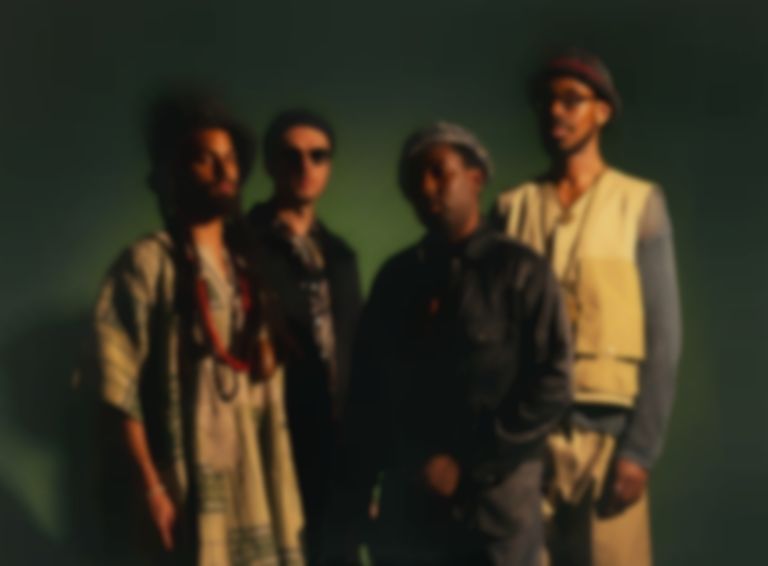 Sons of Kemet have returned with news of their upcoming album Black To The Future, and have teamed up with Kojey Radical for the lead single "Hustle".

"Hustle" marks the group's first new outing in three years, after their 2018 album Your Queen is a Reptile, and is accompanied by a Ashleigh Jadee-directed video. The new track also features backing vocals from Lianne La Havas.

Leader Shabaka Hutchings says of the video, "The dancers represent the duality present within any struggle to transcend internal limitations. As the video progresses, we see that it’s only once the differing elements of the self are reconciled and act in unison that rebirth (symbolised by the immersion in water) can occur."

Black To The Future will include collaborations with D Double E, Moor Mother, Angel Bat Dawid and Joshua Idehen.

Hutchings says of the album, "Black To The Future is a sonic poem for the invocation of power, remembrance and healing. It depicts a movement to redefine and reaffirm what it means to strive for black power.”

He adds, "The meaning is not universal and the cultural context of the listener will shape their understanding. Yet in the end, the overarching message remains the same: For humanity to progress we must consider what it means to be Black To The Future."

"Hustle" featuring Kojey Radical is out now. Sons of Kemet's Black To The Future album will be released 14 May via Impulse! Records.