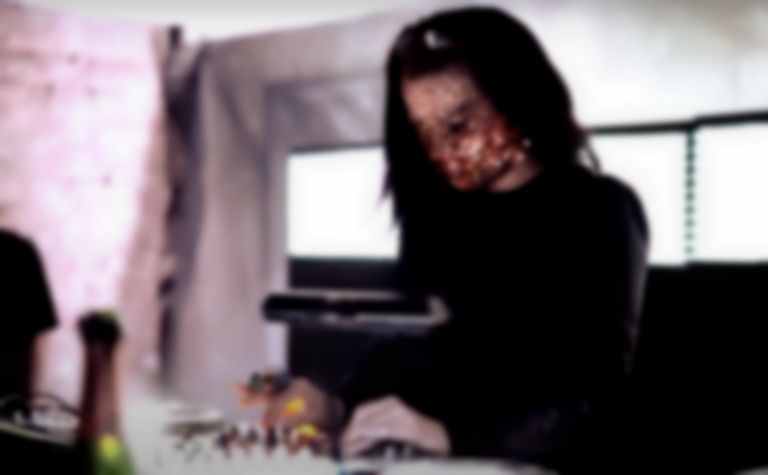 Earlier today (15 June) Björk announced an upcoming DJ set with some new photos, and some fans think the Icelandic artist could be teasing a new era.

Björk shared a new post on Instagram earlier (15 June) confirming an upcoming DJ set in Iceland this weekend (19 June), and shared two images of her in a navy blue and white dress with blue, green and black hair.

She wrote, "thanks so so much for the ogolúgó saturdays in june !!! we have 1 african food and i-dj-music-to-the-flavours more this saturday 19th of june , womens day !! come dance and devour with us !!!! warmth , björk."

Some fans on Björk's subreddit think the images are hinting towards a new era, highlighting that the photographer reposted the photos on his Instagram Story with the eyes emoji. James Merry, a hand embroidery artist who has been living and working with Björk since 2009 in Iceland, also commented on the post and used the eyes emoji too.

One Reddit user called prodorprods wrote, "no way she's serving a new aesthetic just to plug a dj set for 50 people in iceland, THIS A GLIMPSE INTO THE NEW ERA!!!!" The same user added later, "the photographer reposted it on his stories with a shooting star emoji and most importantly an eye emoji. she's coming bitchessssss."

Another user called viva__hate added, "this outfit is giving me new era incoming."

Björk hasn't released new music since 2017's Utopia album, but did collaborate with the Hamrahlíð Choir last year on their Come and Be Joyful album.

Last month Robert Eggers’ upcoming film The Northman, which will star Björk, was confirmed for release in 2022.