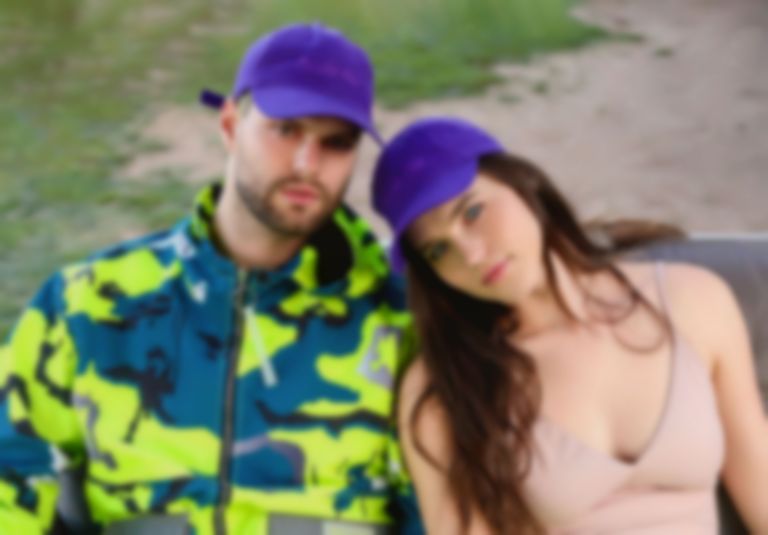 SOFI TUKKER are back with their tongue-twisting new single "Purple Hat", the fourth single to be shared from their forthcoming EP, DANCING ON THE PEOPLE.

Speaking about the new single, the duo explain, "We wrote "Purple Hat" the day after our first Animal Talk party. We started throwing these parties to bring back the wild and inclusive dancing vibe to the nightclub experience. Tuck was literally wearing a purple hat and a cheetah print shirt, people were climbing on top of people, it was over sold out and sweaty, our favorite people were packed in the booth, everyone was loose af and feeling themselves. It was wild. Every Animal Talk party since then has been like that and we wanted to capture that raw feeling in a song. If there was a song that included everything we are about, this would be the one."

"Purple Hat" is out now. Their DANCING ON THE PEOPLE EP will be released 20 September. SOFI TUKKER play London's Electric Brixton on 23 November. Find out more.