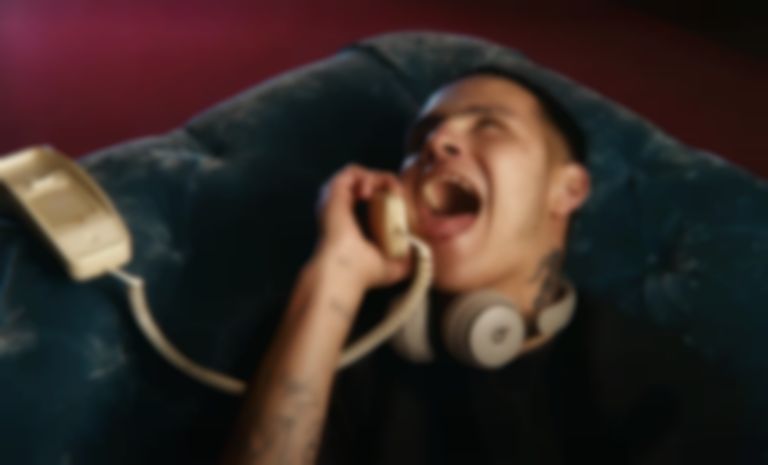 slowthai has released his latest cut from TYRON, "CANCELLED", which sees him reunite with Skepta and is accompanied by a video that pays homage to classic horror films.

"CANCELLED" marks slowthai's first collaboration with Skepta following his appearance on "Inglorious" in 2019. The new collaboration is teamed with a video directed by THE REST, that sees both slowthai and Skepta pay homage to classic horror films including Silence of The Lambs, Candyman, Nightmare on Elm Street and The Texas Chainsaw Massacre.

The duo first performed "CANCELLED" on The Tonight Show Starring Jimmy Fallon last Friday (5 February), but the performance has only been made available today.

slowthai and Skepta's "CANCELLED" collaboration is out now. His TYRON album will follow on Friday (12 February) via Method Records, and is available to pre-order now.