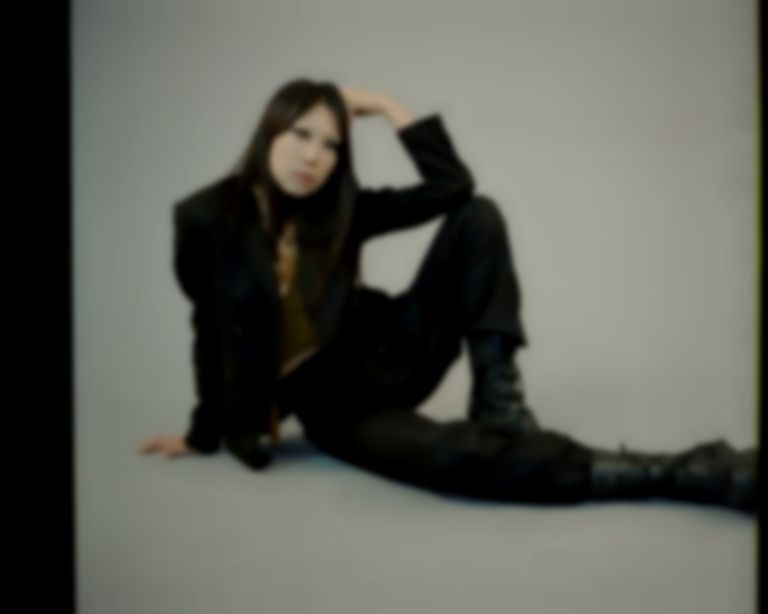 SASAMI is back with her first outing of 2021, a cover of Daniel Johnston's "Sorry Entertainer" that's teamed with a video directed by actor/comedian Patti Harrison and Alan Resnick.

"Sorry Entertainer", which originally appeared on Daniel Johnston's 1983 album Yip/Jump Music, has been reimagined as a heavy rock track by SASAMI today (27 July), and according to a press release it gives fans a glimpse of what to expect on on her upcoming second album that's yet to be announced.

The cover is accompanied by a video directed by Shrill actor and comedian Patti Smith and Alan Resnick.

"I made my last album when I was in a very emotionally vulnerable and tender place, but after a couple years of touring those same subtle, more sensitive songs, the live show became louder and more volatile," SASAMI explains. "A bit before the pandemic took hold I was really getting back into metal and numetal, so a couple months into quarantine I made an acoustic version of the System of a Down song "Toxicity". My sadness ripened into anger throughout 2020, and deeper into it I started experimenting with a heavier palette and decided to perform the inverse exercise of metallicizing an acoustic song. "Sorry Entertainer" is my take on mixing the desperation of being a hopeless and powerless artist and the extremely powerful sounds of a metal band. Like giving a toddler a flamethrower... or a fullstack."

"Sorry Entertainer" is SASAMI's first outing of 2021. Back in January she co-produced Hand Habits' "4th of july" single.

SASAMI's heavy rendition of Daniel Johnston's "Sorry Entertainer" is out now on Domino.