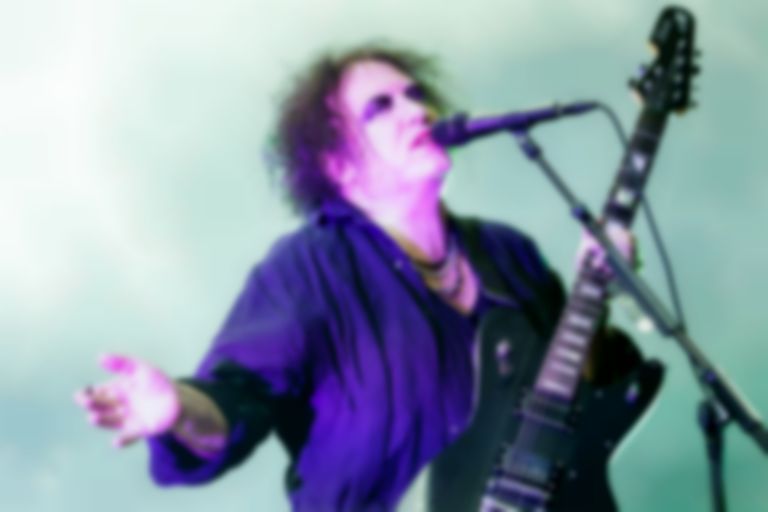 The Cure's Robert Smith revealed at yesterday's (19 May) Ivor Novello awards that the group's new album Songs Of A Lost World will be arriving before their October tour dates.

Smith first shared The Cure's new album title, Songs Of A Lost World, at the BandLab NME Awards 2022, and he gave an update on the forthcoming record to NME at the 2022 Ivor Novello awards yesterday (19 May).

He said, "We will be releasing a new album. I get fed up of saying this now! We will be playing from October and the new album will be out before then. We walked on [stage at the Ivors] to a bit of new music, actually. Hopefully no one recorded it!"

"Reeves [Gabrels] our guitar player has come over from America for the day just to finish a couple of solos, I’ve got to finish a couple of vocals," Smith continued. "Essentially it’s a 12-track album. It’s there, it’s kind of half-mixed and half-finished. It’s a weird thing. It’s kind of evolved over the last two years. It hasn’t always been a good thing to have been left alone with it. You pick at it, like picking at seams, and everything falls apart."

Smith added, "It’ll be worth the wait. I think it’s the best thing we’ve done, but then I would say that. I’m not doing an Oasis when I say that, 'IT’S THE BEST FOOKIN’ ALBUM'. A lot of the songs are difficult to sing, and that’s why it’s taken me a while."

He also described the new album, which will follow 2008's 4:13 Dream, as "pretty relentless," and also said that they "recorded two albums in 2019" and have been "trying to finish two at the same time, which is pretty much impossible."

In June 2021 Robert Smith featured on Chvrches' "How Not To Drown" single.