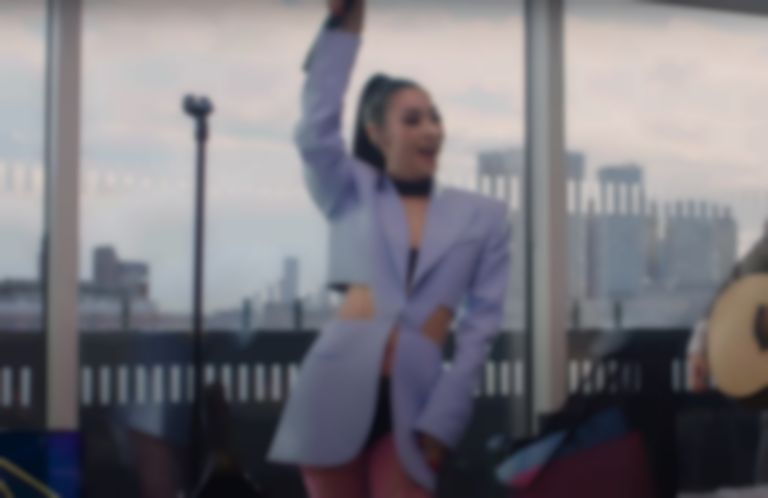 Rina Sawayama has shared some information about her highly-anticipated second album, revealing that she's been working on new music with Clarence Clarity, Paul Epworth and more.

After revealing last week on Twitter that she's "already written enough amazing new songs for a second album", Sawayama spoke to Chester Lockhart on Twitch yesterday (9 May), and provided a little bit more information about her follow up to last year's SAWAYAMA album.

She told Lockhart that she's already written "so much new music" and has around "15 or 16 songs" that she's pretty happy with.

Sawayama also said, "This record is even more personal than the previous one, and i'll get into it when I finish the album ... I've been working on it with people, a lot of people that i've worked with before," and went on to name Clarence Clarity, Oscar Scheller, Lauren Aquilina and Paul Epworth.

When speaking about Paul Epworth (Adele, Florence + the Machine, Rihanna), Sawayama said they had a couple of sessions and "wrote like three songs together".

On her plans to finish the album, Sawayama added, "My plan is to hopefully finish writing the record in LA, and then i'll probably wrap it - hopefully - before the end of the year for it to come out in 2022 sometime."

Rina Sawayama teased her next album will be even more personal than SAWAYAMA, and some people she's working with are Clarence Clarity, Oscar Scheller, Lauren Aquilina, and Paul Epworth. Aiming to finish it at the end of the year to be released in 2022 https://t.co/m1Zr4Ru88z pic.twitter.com/SVXarOlYwF