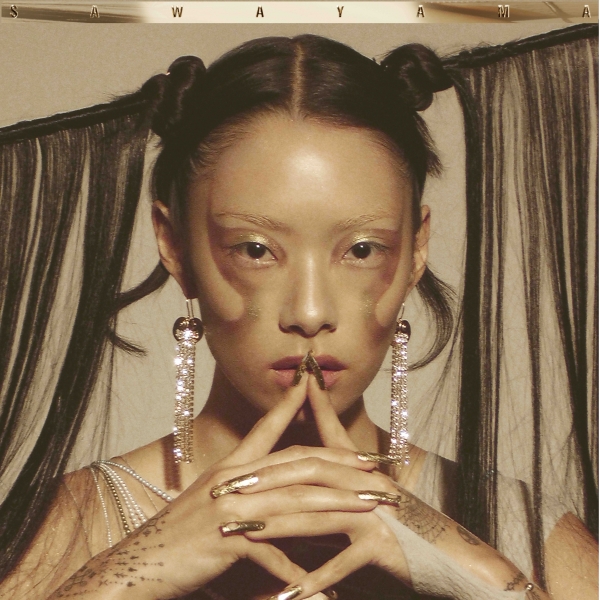 On her eponymous debut album Rina Sawayama combines deftly-woven threads of culture, family, and identity. Its heart lies in dualities; it’s about being home and being away from home, the then and now, and most importantly, finding understanding.

Opening with the musical elation of “Dynasty”, there’s something insurmountably theatrical and polished about it, be it the ‘80s hair-metal guitars, or the choir inspired backup vocals. But it's all rather apt, as SAWAYAMA’s heart lies in the personal experiences of its brainchild, with the unapologetically in-your-face “STFU” being directly influenced by the ignorance its creator has faced in Britain due to her heritage.

The thicket of genres which twist throughout SAWAYAMA, often opposing each other, are the key weapon in the album's arsenal. “Akasaka Sad” and “Paradisin’” are two strong pop songs sat side by side, with bubbling electronic melodies in the former and saxophone solos in the latter. While “Love Me 4 Me” juxtaposes “Bad Friend” in a tantalising way; one is a nod to retro hip-hop and the other an introspective low-key ballad. It’s as if Sawayama has taken the best part of the past four decades of music and married them in delightfully catchy, and effectively perfect, pop songs.

Even the return of hair-metal stadium rock on “Who’s Gonna Save U Now?” finds its opposite in “Tokyo Love Hotel”, a futuristic night-time pop treat, carried with computerised sound effects and Sawayama's powerful voice. “Chosen Family” is where the familial subject matter comes most direct, before pulling the album to a close on “Snakeskin”, the most classically experimental track of the album, frantically turning sonic corners until it leaves you wanting more.

Which is what Sawayama does so well; she takes motifs and styles from every genre and era and curates something that feels futuristic. There’s never a dull moment on this record, always offering something to be hooked on, whether it’s a notable lyric or innovative sound, aided in part by eclectic and elusive producer Clarence Clarity.

It’s not that Sawayama is just a fantastic songwriter and storyteller, she’s also a hugely talented vocalist. Strong and emotional vocals mean that every single track on the record was destined to be sung by her, forgoing the facsimilie pop trap. Personal experience aside, SAWAYAMA is as much about her as it is about the grand scheme, to the point where it’s necessary to run the album through a few times, focusing upon different interpretations you may find.

Ultimately, this deftly intelligent record takes personal and musical themes, and presents them in a way that doesn’t feel like it’s ever been done before. Rina Sawayama is one-of-a-kind, and her debut album certainly isn’t going to be quiet about that.