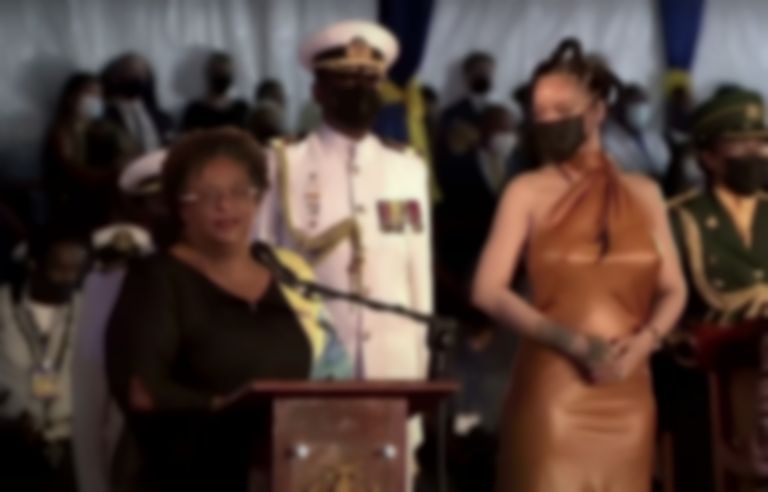 Rihanna has been named a national hero of Barbados by Prime Minister Mia Mottley during an event celebrating the island's new status as a republic.

Rihanna, who was awarded the title of Ambassador Extraordinary and Plenipotentiary of her home country in 2018, was declared a national hero by Barbados Prime Minister Mia Mottley at a ceremony marking the island becoming a republic after officially removinf the Queen as head of state.

Prime Minister Mia Mottley said to Rihanna at the ceremony in Bridgetown, "On behalf of a grateful nation, but an even prouder people, we therefore present to you, the designee, for national hero of Barbados, ambassador Robyn Rihanna Fenty may you continue to shine like a diamond, and bring honour to your nation by your works, by your actions."

BREAKING: Rihanna is conferred with the honor of National Hero of Barbados by the prime minister pic.twitter.com/I036f4O2zx

The popstar was born in Saint Michael in Barbados and raised in the capital city Bridgetown. In her teens US record producer Evan Rogers discovered Rihanna, and invited her to the US to record demo tapes, leading to her signing with Def Jam in 2005.

At the start of the month Rihanna announced a limited edition vinyl reissue of all her eight albums, dubbed as the "Rih-issue".