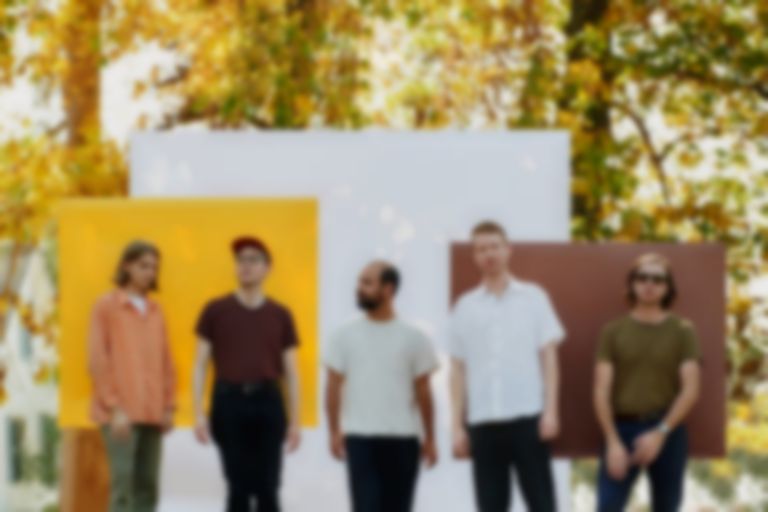 Ahead of their new album landing on Friday (28 February), Real Estate have shared the LP's title-track "The Main Thing".

"The Main Thing" is the second single to be shared from Real Estate's The Main Thing LP, after last month's lead single "Paper Cup", which featured Sylvan Esso's Amelia Meath.

Singer and gutarist Martin Courtney says of the new single, ""The Main Thing" is my attempt at writing an inspirational anthem for anyone who’s ever been in an existential crisis...specifically, me."

He adds, "I was asking myself a lot of uncomfortable questions throughout the process of making this album. Wondering if being an artist is irresponsible or selfish, particularly with the world in the state that it’s in, particularly as a parent of young kids. This was the last song I wrote for this album, and I think it kind of distills where I found myself at the end of what turned out to be a long and extremely rewarding process: psyched on the power of music, for real! The lyrics in this song are sort of tongue in cheek, but the sentiment is very real. Basically...when life gets tough, when the stresses start piling up, when you start second guessing every decision you’ve made, what do you do? You double down on the thing that makes you happy, the thing that feeds your soul. It might be corny to say, but it really is important to be true to who you are and do what you believe in, whatever that may be."

The Main Thing will be Real Estate's first album since 2017's In Mind, and was created over the course of a year at Marcata Recording in Upstate New York with producer Kevin McMahon.

"The Main Thing" is out now. Real Estate's The Main Thing LP arrives Friday (28 February) via Domino, and is available to pre-order now. They play London's Roundhouse on 20 June. Find out more.