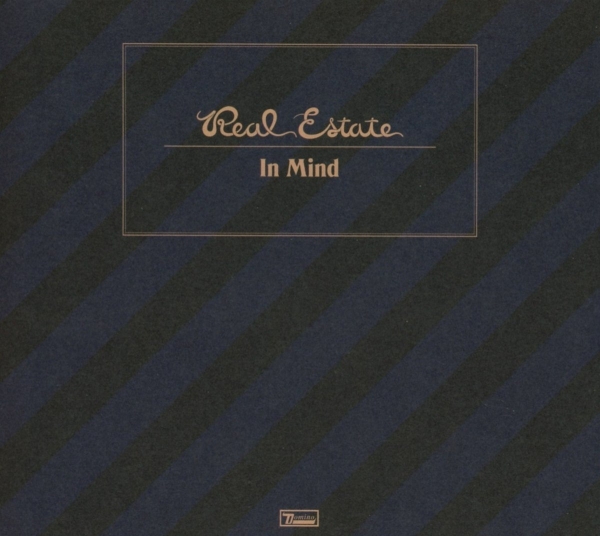 Real Estate are an outstanding act; one of the most necessary bands of our generation.

With their fourth full-length In Mind, Martin Courtney and co. have returned with yet another perfectly crafted record to follow their exceedingly masterful and critically acclaimed Atlas (2014). With a little elaboration, we hope to explain why the New Jersey boys are so much more than a cult buzzword for chai latte drinking bearded folk, and how their music is a step above the rest.

During a short break, late 2015/early 2016, numerous members took some time off to become parents, relocate, and explore their own side projects. It was unfortunate to hear that founding member, Matt Mondanile, used this opportunity to permanently depart from the group and pursue his own baby; Ducktails. When reflecting on the quality Ducktails’ then most recent release, St. Catherine (2015), however, it’s easy to see why. Revealing essences of pop-infused riffs and referencing earlier Real Estate releases, there was some catchy hooks and huge potential in what Mondanile was producing; a superb solo record in its own right. He would have been silly not to capitalise off the back of its release.

Atlas was a phenomenal record and a favourite of ours back in 2014; it still resonates three years down the line. Gone were the Real Estate we had grown to love, with their jangly rough recordings and heavily processed guitars. Here we had even slicker, polished production and mature songwriting by a band in their prime that had finally found their feet. Courtney crooned to us with forlorn sonnets of hope and sadness; like velvet caressing our eardrums. The band had certainly taken it up a notch. With In Mind, we had similar expectations and they haven’t disappointed.

Drafting in replacement lead guitarist, solo artist and long-time friend of the band Julian Lynch, who weirdly looks fairly similar to Mondanile (check out their accompanying video for lead track "Darling"), the quintet have continued in the fashion that they left off. "Darling", "Holding Pattern" and "Same Sun" are stunning displays of character and could have easily been part of the song selection on Atlas, with enough drive to send your head into a grooving nod of approval, while mellowing you out into a swaying wreck. "Darling" in particular also sees the band beginning to experiment with song structures and form. Courtney explains this further, expanding upon the departure of Mondanile, “it just seemed like a good moment to move in a slightly different direction.” Throughout a number of tracks on In Mind, we can here changes in time signature and a much more diverse range of instruments and sounds, possibly due to the influence of touring and recording musician, and now full-time member of the band, keyboardist Matt Kallman.

"Two Arrows" drifts along, with its repetitive nature, twanging guitars and lo-fi bass and drum combination, almost doffing the cap to The Velvet Underground’s "All Tomorrow’s Parties", before blowing up into a cacophonous selection of off-kilter triplet drumming by Jackson Pollis, drowned further and further by a smudge of heavily distorted guitars; a first for Real Estate. Alternatively, 'Time' previews the band’s use of electronics, a modulating drum beat accompanied by lightly-strummed, wavering tremolo guitars that weave in and out of the arrangement.

Real Estate are consistent to both themselves and their fans. They continue to add to their captivating body of work and develop as an ensemble without selling out or ruining the iconic sound that makes them instantly recognisable. It's refreshing to hear that they've continued to push their own boundaries and take a new direction, despite the loss of Matt Mondanile. Unlike many acts that seem to get lost and lack any creativity once they're several albums in, Real Estate have arguably produced their best record to date.