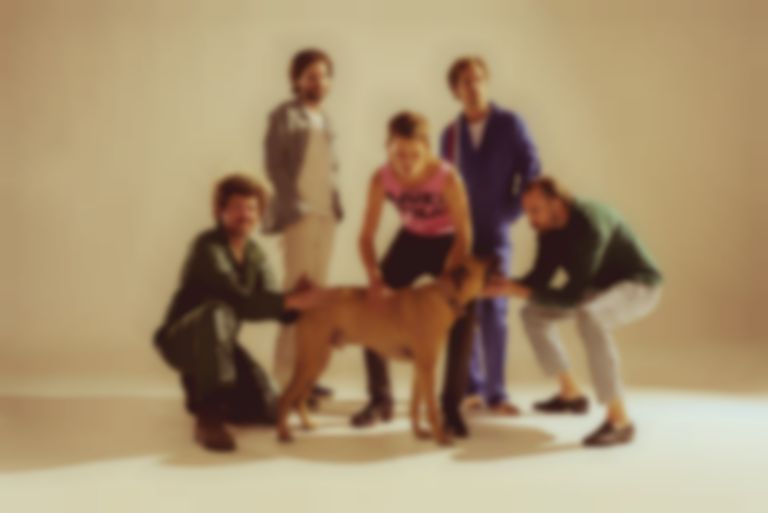 Following the release of "Toast", "America's Cup" and "Pink Lunettes", Pond have unveiled "Human Touch", which frontman Nick Allbrook says was inspired by a woman "smashing up a car outside my house."

He explains, "One time a woman was smashing up a car outside my house, begging me to help her steal it. It was a lovely day. She was wired but sweet in a way. Her dog, Josie, was sitting in the passenger seat being very cute and fluffy. We talked for a good few hours in the sunny cul-de-sac and neither of us ended up committing grand theft auto. The music started with a grimey Casio loop Jay made, that we built the song around."

9, like the title suggests, is Pond's ninth studio album, and will follow their 2019 album Tasmania. The album is produced by Pond and mixed by Jay Watson and James Ireland.

"Human Touch" is out now. Pond's 9 album will arrive 1 October via Spinning Top Records/Secretly Distribution, and is available to pre-order now.