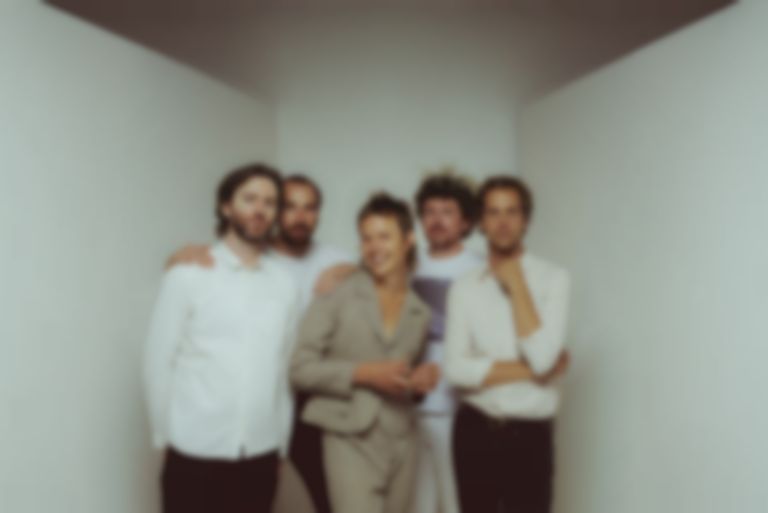 Pond have unveiled new song "Toast", which is the closing track from their forthcoming album 9.

"Toast" is the third track to be lifted from Pond's 9 album, following earlier outings "America's Cup" and "Pink Lunettes".

Lead vocalist Nick Allbrook says of the song, "The intro chords came from a Joe Ryan demo mysteriously titled "Toast". I’ve never asked Joe why he landed on that name, and I probably never will, but it pointed toward the image of fat-headed gobblers touching flutes of bubbles, watching the End of Days gallop over the horizon. I often wonder about those people - the money hoarders, climate change deniers, earth-pilferers and adventure capitalists - are they nihilists or anarchists or do they really believe they are to be saved by some Rock Opera Jesus? We may never know, but here is "Toast", which is hopefully as smooth as the smooth, smooth sailing of our glorious leaders fat old white lives."

9, like the title suggests, is Pond's ninth studio album, and will follow their 2019 album Tasmania. The album is produced by Pond and mixed by Jay Watson and James Ireland.

"Toast" is out now. Pond's 9 album will arrive 1 October via Spinning Top Records/Secretly Distribution, and is available to pre-order now.