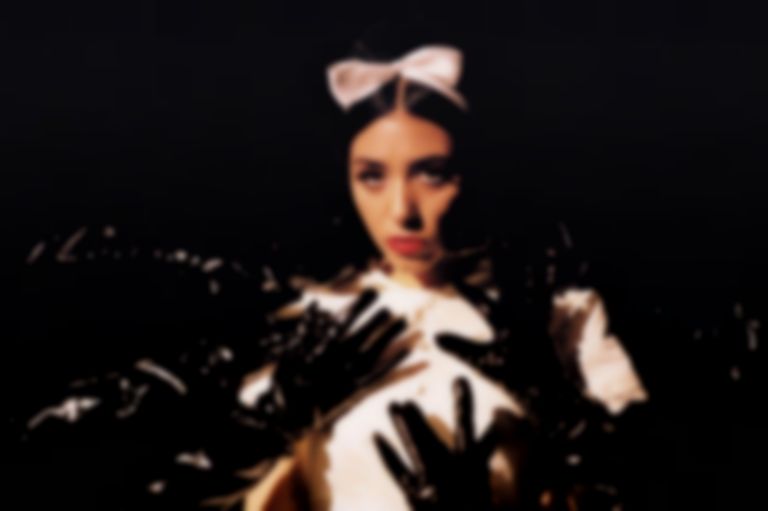 "Crying" is the third song to be shared from the group's debut album, landing after previous singles "Head Cheerleader" and "Lux", and is teamed with a video directed by Julia Sub and lead vocalist Mia Berrin.

Berrin says of the track, "This song is honestly sort of a self-drag. I think during the Ow [previous EP] cycle, I convinced myself that through writing these songs I could completely exorcise the demon that was my depression. As It turns out, no amount of songwriting is a substitute for medication and therapy. In terms of thinking in a narrative arc, I knew I wanted to write a song that felt like a bridge between the guitar-based world of the record and the cinematic 50s/60s inspired world of this record. Ultimately it became about a meta-feeling - being angry at yourself for being depressed."

"The character of this song is basically my ego: the part of myself who doesn’t learn, makes the same mistakes constantly, is flaky, can’t admit she’s wrong, is self pitying and who wraps it all up in a bow the color of self deprecation," Berrin adds. "When I was in college, I joked with my friends that my placement in the 9 alignments was "Chaotic Stupid" which became kind of a persona of it’s own. My dumb-bitch-self. In short, the song is me calling myself whiny. Very glam!"

Death Of a Cheerleader was produced by Sarah Tudzin of Illuminati Hotties alongside Berrin.

"Crying" is out now. Pom Pom Squad's Death Of a Cheerleader album will arrive via City Slang Records on 25 June, and is available to pre-order now.