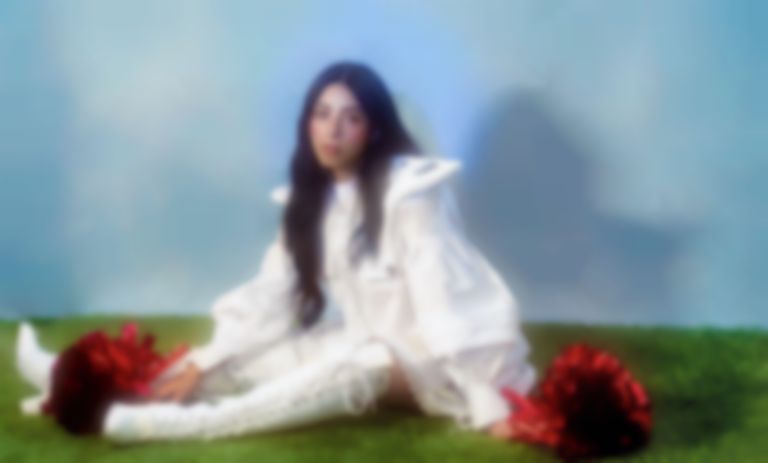 "Head Cheerleader" is the second track to be shared from the band's debut album, after last month's "Lux", and sees Tegan Quin of Tegan and Sara contribute backing vocals.

Lead vocalist Mia Berrin says the track "was an effort to lean into the overarching trope that makes Pom Pom Squad what it is - almost like parodying myself. Heart shaped lockets and scary cheerleaders and young adult chaos and self discovery and deep ungraceful discomfort. I was also in a really complicated relationship at the time that really pushed me to come face to face with my sexual identity in a way I never had before. I had this realisation that the life I was living was designed around receiving attention and validation from men - something I never truly wanted. The result of that realisation was like stepping out of an old skin. It changed the way I behaved in every aspect of my life. I was finally making decisions toward my own self actualisation instead of for other people’s perception. It was terrifying and exciting and necessary. This song feels like a celebration of the discomfort that comes with stepping into your new skin - your own power."

Death Of a Cheerleader was produced by Sarah Tudzin of Illuminati Hotties alongside Berrin.

"Head Cheerleader" is out now. Pom Pom Squad's Death Of a Cheerleader album will arrive via City Slang Records on 25 June, and is available to pre-order now.