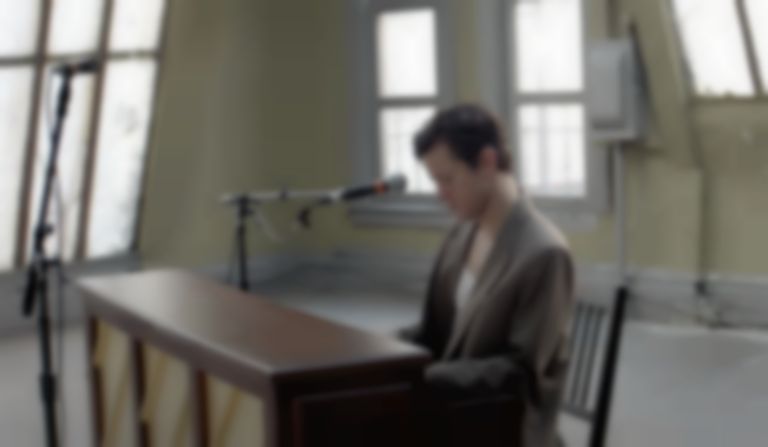 Perfume Genius has unveiled a cover of Gloria Gaynor's "I Will Survive", which Mike Hadreas describes as "a little deathbed-y".

Yesterday (15 August), Perfume Genius shared a cover of "I Will Survive" via his Substack newsletter. Hadreas' revealed in the post that he recorded his take on the Gloria Gaynor original at home for a "commercial pitch".

Hadreas continued, "I suppose the cover is a little deathbed-y, I was very serious that day, but i like how it turned out. In particular the last moment… i might stretch that in to something new."

Perfume Genius added, "I dug around online for a while, looking for video to pair it with, and ended up with an old bowflex commercial and forest fire footage that I spliced together. Happy to share it with you. Goodbye everyone."

His cover of "I Will Survive" follows June's cover of Richard Youngs’ "A Fullness Of Light In Your Soul" with Hypnotic Brass Ensemble.

Back in February Perfume Genius released his IMMEDIATELY Remixes album.

Perfume Genius' cover of Gloria Gaynor's "I Will Survive" is online now. Subscribe to his newsletter at perfumegenius.substack.com.