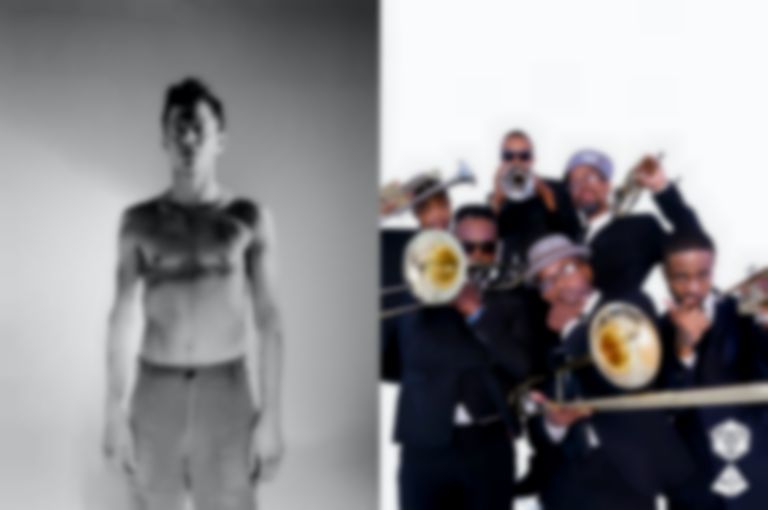 Hypnotic Brass Ensemble and Perfume Genius have teamed up on a reimagined version of Richard Youngs' "A Fullness Of Light In Your Soul", which will feature on the upcoming This is a Mindfulness Drill album.

Last month Hypnotic Brass Ensemble announced This is a Mindfulness Drill as part of Jagjaguwar's year-long 25th anniversary celebrations, and shared "Soon It Will Be Fire" featuring Moses Sumney as the lead single.

Today (9 June) they've unveiled a reimagining of Richard Youngs' "A Fullness Of Light In Your Soul", which features dreamy vocals from Perfume Genius.

"A Fullness Of Light In Your Soul" is accompanied by a video that shows Lonnie Holley's creative process as he develops a series of paintings for This is a Mindfulness Drill at the Elaine de Kooning House.

The album will be released as the second instalment of Jagjaguwar's Jag Quarterly series, which is part of the label's year-long 25th anniversary celebrations, and is a reimagined version of Richard Youngs’ 1998 album Sapphie. Sharon Van Etten will feature on the final song, "The Graze of Days".

"A Fullness Of Light In Your Soul" featuring Perfume Genius is out now. Hypnotic Brass Ensemble's This is a Mindfulness Drill album will be released 25 June via Jagjaguwar, and is available to pre-order now.