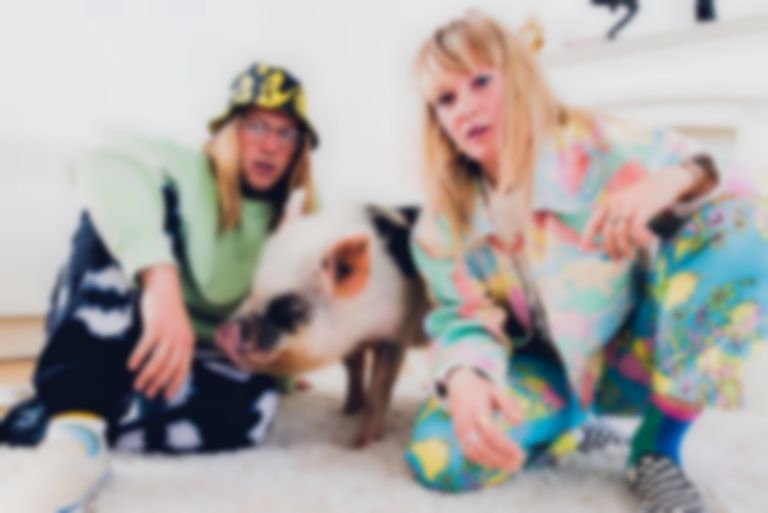 Penelope Isles have unveiled new song "Terrified" as the fourth preview of their second album Which Way To Happy.

"Terrified" follows earlier outings "Sudoku", "Iced Gems" and "Sailing Still", and is, according to Jack Wolter, about "those days when you're dying inside but have to pop out to the shop, bumping into someone, having to put on a magic show, pretending to appear that everything is OK."

He adds, "It’s a song that has such a happy-fun-summery exterior but lyrically is totally the opposite. It’s one of self-doubt, displacement and finding something really terrifying to handle. Sometimes we hide a lot behind ourselves. "Terrified" was an outlet for me to be able to tackle scary thoughts and worries in more of an abstract way. Things can seem impossible to talk about and articulate sometimes. I feel that making this album has enabled me and my sister Lily to open up a lot more and be honest with our songs as it just makes them so much more real."

Which Way To Happy will follow Penelope Isles' 2019 debut album Until The Tide Creeps In, and is produced by the band's Jack Wolter, and mixed by Dave Fridmann.

"Terrified" is out now. Penelope Isles' Which Way To Happy album will be released 5 November via Bella Union, and is available to pre-order now.