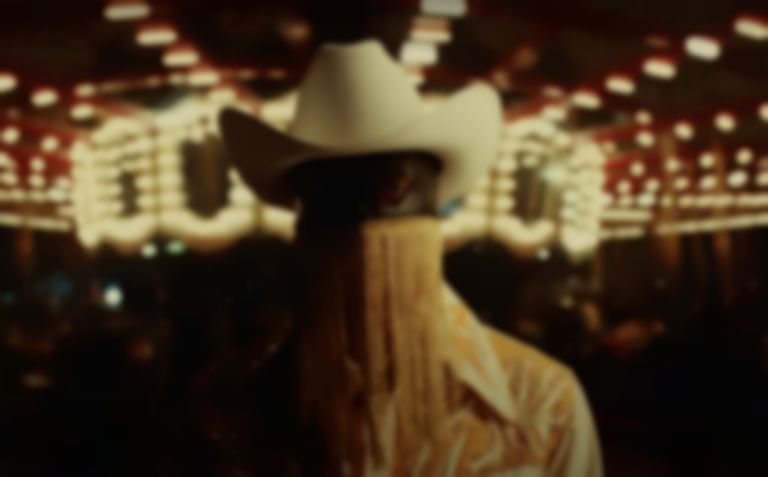 Masked cowboy musician Orville Peck has released a new mini-documentary titled The Orville Peck Story, which sees him discuss his influences, his love for Westerns, songwriting and more.

The Orville Peck Story runs just shy of seven minutes and is sponsored by Honda-Stage. The mini-documentary opens with Orville Peck stating his desire to "be a country/Western star", before listing Dolly Parton and Johnny Cash as artists of that status.

Orville Peck's documentary, directed by Alfred Marroquín, sees the masked country singer/songwriter discuss his experience with loneliness as a child due to his parents moving around frequently, and his love for Westerns, specifically The Lone Ranger. The musician reflects on how the "image of a cowboy connnected to me so hard" in relation to being an "out of place, lonely kid".

He also discusses his love for performing and the stage, and goes on to explain how Dolly Parton's "larger-than-life" approach caught his eye as a child. He praises Parton for keeping a "really beautiful balance between the theatricality and the campness that country music inately has in it", and how she "balanced that perfectly with sincerity". He adds that those things "framed who I wanted to be as an artist".

Orville Peck goes on to explain his songwriting process, which usually begins in "a visual type of place", and reveals that Orville Peck only came to fruition because he found a new confidence to be that artist after taking a big break from the music industry.

The Orville Peck Story is available to watch now. His most recent EP Show Pony landed in August.